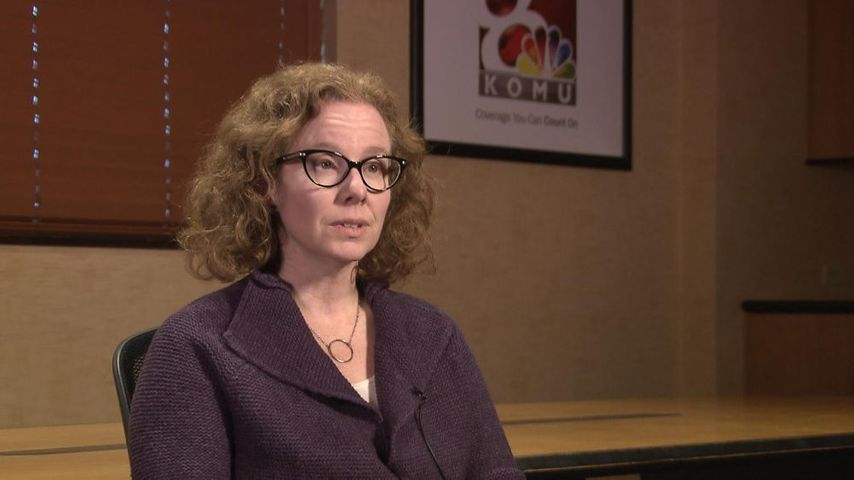 After airing the video and streaming it online, viewers took to Facebook voicing their opposition to KOMU’s decision to conduct this interview.

"Maybe you should talk to the person who is in charge of firing her! She has displayed a behavior that Mizzou should not award or encourage." - Jordon Rose

"Stop giving her attention!!!!! She is an embarrassment to the university and community!!!" - Darren Totten

"REALLY??? HOW much are we as a society going to reward her bad behavior? Let's grant her ANOTHER interview. She should be suspended WITHOUT pay. And ultimately FIRED." - Shannon Wilson

Randy Reeves, the KOMU 8 news director, spoke before Click was fired from MU about the logic behind our coverage and any effect it might have on our news station's credibility.

Reeves said he does not think KOMU 8 over-covered Melissa Click and the issues surrounding her, because state legislators were still talking about it at the time, and it is a major issue that weighed into possible funding for the university.

“We’ve got to cover it. There’s no choice,” Reeves said.

Whether KOMU covers it or not, he said, Click’s case would remain a topic of conversation until the university or lawmakers reached a resolution.

“Frankly, I think it would be a huge blow to our credibility not to cover a story that’s impactful in so many ways to one of the largest employers in our viewing area,” Reeves said.

He said KOMU 8 News reached out to MU’s Communications Department for a comment, but employees there have chosen not to talk to us.

“They have the right not to talk to us because it’s a personnel issue for them,” Reeves said. “It’s a very dicey situation where, legally, certain things can’t be said about an employee.”

The day Click was fired KOMU 8 News also spoke with Tom Warhover, the executive editor of the Columbia Missourian, which has also run numerous stories on her.

"We'll stop covering the story when the story runs dry," Warhover said. "There's no way to predict how this will continue to resonate"

He said the Missourian received multiple comments on the coverage of Click, but not on how much it has been covered.

"After Dr. Click was suspended, I realized this story was not going anywhere any time soon," he said.

We want to hear from you. Do you think KOMU 8 News over-covered the story?

Let us know on Facebook, Twitter, Google Plus or email us, then watch KOMU 8 News at 6 p.m. Fridays to see our Your View segment.