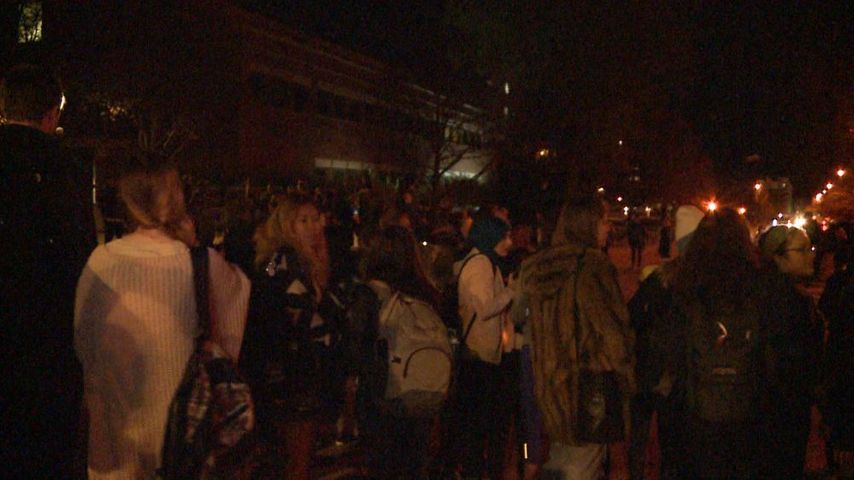 COLUMBIA - Following the election of Donald Trump, some students gathered for what they called a "positivity event". KOMU sent a reporter to cover the event. After observing the event, the reporter headlined the story as, "Dozens of students hold anti-Trump demonstration on MU campus."

KOMU 8 Reporter Danielle Katz said she wrote the headline because that is what she observed.

"I was asked if this was fair to call anti-Trump and I responded yes, because they were basically saying a lot of things Donald Trump has said in the past and what he has done in the past and that they didn't want that to affect our campus," Katz said.

Some students at the rally didn't agree and were upset by the headline.

One viewer wrote in saying, "I am so upset they called this 'anti-Trump'. The name of the event was "Positivity. Unity. Solidarity." This was an event based on acceptance and love of fellow students. Please do better, KOMU reporters."

Another student took to Facebook and said, "This was a space of love and healing. It was a space for all of us to both receive love and give love. Rather than talking about either the president or the vice president elect, we talked about how to love and support each other."

KOMU 8's executive producer Joshua Kranzberg said the headline was picked because that is what the reporter saw while she was at the demonstration.

"So after we received comments about it not necessarily being labeled anti-Trump gathering or demonstration I spoke to my reporter who was at the scene and she said that while it was not built as an anti-Trump protest or demonstration there were several people that she spoke to that were against the presidential elect and his actions what they felt were inappropriate so that is why we decided to label it anti-Trump," Kranzberg said.