Youth-sports related concussions on the rise in Missouri 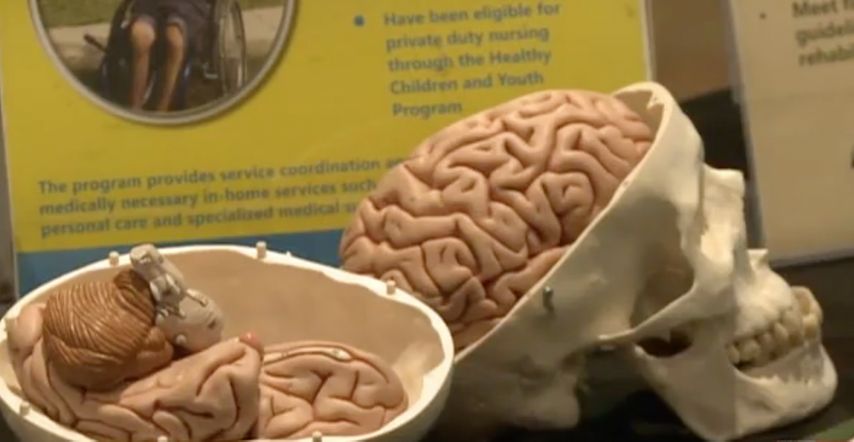 COLUMBIA - Blue Cross Blue Shield reported a 71 percent increase in youth sports-related concussions since 2010, with Missouri having the 4th largest increase in that time.
Executive Director of the Brain Injury Association of Missouri Maureen Cunningham said the increase of reported concussions is actually a sign of progress for Missouri.
“There has been an increase in the referrals for the students to licensed health care professionals, it’s not dismissed when a player comes off the ice or field,” Cunningham said. “Whenever a player comes off and says they don’t feel quite right, it's the coach and the other players that are taking it serious.”
Overall concussion awareness has grown rapidly since 2010 with all 50 states passing laws requiring medical clearance before an athlete can return to play. Even with more education, Cunningham said there are still misconceptions that many parents believe.
“The student athlete doesn’t have to lose consciousness to suffer a concussion; in fact 90 percent of concussions happen when there’s no loss of consciousness,” Cunningham said. “Also, brain rest is key and really helps with recovery, so it’s okay to let athletes sleep when one is suspected.”
Jonathan Dodd, a pediatric neuropsychologist at St. Louis Children’s Hospital, said the root of today’s concussion problem still occurs immediately after the injury.
“50-70 percent of sport concussive events are not reported, with many athletes saying that they can just play through it,” Dodd said. “Those who do so are at increased risk for a longer recovery, future injuries and slower balance and reaction time.”
Dodd emphasized that removal from play after a potential concussion is key, even if it’s not a hard hit.
Football, ice hockey, and lacrosse are the three sports with the highest concussion rates, but Cunningham said sports like soccer, cheer, volleyball, and basketball are not far behind due to the high number of contact hours.
With an increase in the number of practices athletes at partake in, Cunningham said parents should ask team leaders about their protocol.
“Ask what concussion education they utilize, what are their concussion protocols. As a parent, you can ask questions of how much of a commitment there is to concussion education and protecting your child,” Cunningham said. “A concussion is a brain injury; with every concussion there is a risk of additional concussions.”
Dodd said that playing through even a minor concussion creates worse neurocognitive symptoms and likely doubles the average recovery time for the student athlete.
Direct short term symptoms include headaches, nausea, feeling dizzy, but abnormal changes in student sleep patterns and personality in daily activities can happen as well.
“If someone is walking or running a little funny, off-balance or slow after a collision or fall, you need to say, 'you are done for a minimum of 24 hours,'” Cunningham said. “Keep track of symptoms, keep a check mark every 15 minutes of how they’re feeling and ask open-ended questions about the collision to understand comprehension.”
This protocol applies for all ages, but Cunningham said it takes longer for youth athletes to recover than adults, since the developing brain needs more time to adjust and get back to daily functions.
Blue Cross Blue Shield reports that patients ages 10 to 19 are five times more likely to suffer a concussion than all other age groups combined.
Missouri's Youth Sports Brain Injury Prevention Act has brought some stability to concussion treatment, but Cunningham said there is still no gold standard for when an injury occurs. She added since every brain is different, crafting a catch-all protocol is not realistic.
“Since a concussion is a brain injury, once you’ve seen one concussion, you’ve seen one concussion. Because every brain is different and every body is different, so the recovery is different," Cunningham said.
Dodd said he encourages coaches and teammates to keep this in mind when a player is struggling.
“Common sayings like being called 'too chicken to play', or 'I didn’t want to let my teammates down' or 'I need the stats for scholarships' are all excuses players can use, and shouldn’t, because the long-term impact is just not worth it,” Dodd said.