TOKYO - Baseball has returned to the Summer Olympics for the first time since 2008. Here is what you need to know about the baseball tournament.

When is the Olympic Baseball tournament?

The tournament starts on July 28 and the gold medal game takes place on Aug. 7.

A full schedule of games can be found below (NOTE: all times on the schedule below are Japan times). 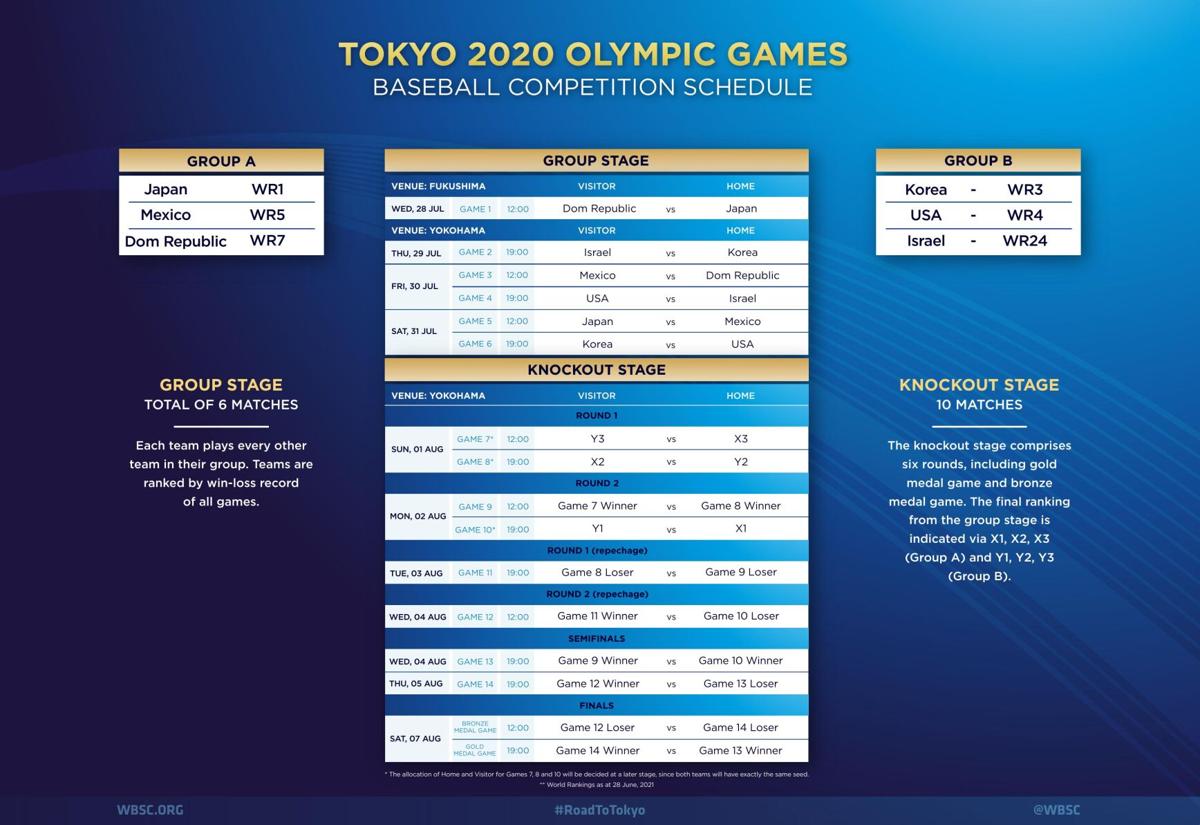 Where can I watch the tournament?

Softball games will be televised on NBCSN or USA Network. They will also be streamed on the NBC Olympics website. A full schedule of games and TV information can be found on that website as well.

What happened in the last Olympic Baseball tournament?

The gold medal in Beijing was won by South Korea as they defeated Cuba in the championship 3-2. The United States won the bronze medal in 2008 by beating Japan 8-4 in the third place game. Cuba is the only one of those four teams not returning to the 2020 Olympics.

Who is on Team USA?

A full list of the team heading to Tokyo and their stats can be found on the USA Baseball website. The roster is also in the tweet below:

The team that will bring home Olympic gold #ForGlory🇺🇸

To stay updated with all of the latest USA Baseball news keep an eye on their Twitter, @USABaseball, or Instagram, @USABaseball.

Ethan is a reporter, producer and digital producer for KOMU 8. He is a sports broadcast journalism major at the University of Missouri. You can reach him by email at ejsghz@umsystem.edu or on Twitter @Ethan_Salm.