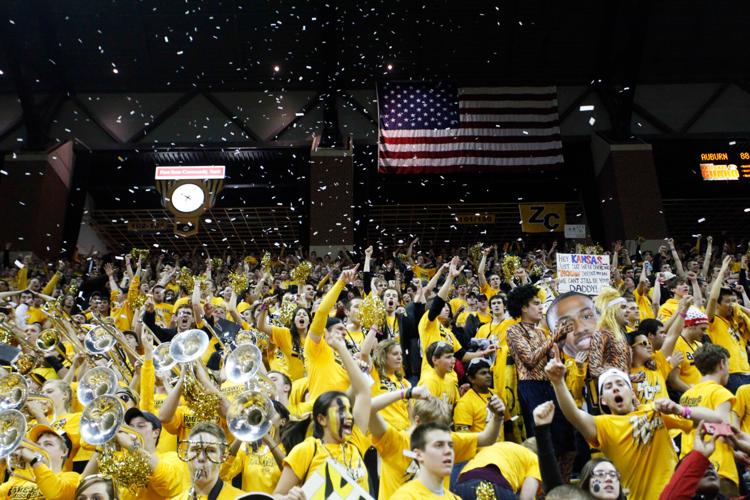 Missouri fans celebrate after the Tigers beat Kansas during their matchup Feb. 4, 2012, at Mizzou Arena in Columbia. 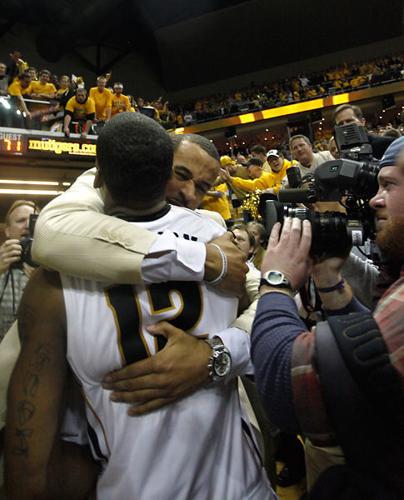 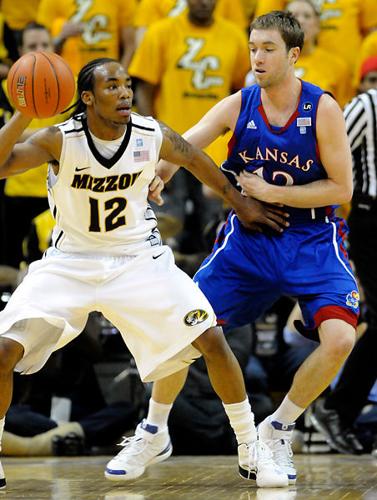 Missouri guard Marcus Denmon works against Kansas' Brady Morningstar during a 70-66 Missouri loss against the  Jayhawks on March 5, 2011, in Columbia. Missouri and Kansas will renew their rivalry starting Dec. 12, 2020, at Sprint Center in Kansas City.

Missouri and Kansas will meet in men's basketball on Saturday, Dec. 10 this season as revealed by KU's non-conference schedule release on social media Tuesday afternoon.

The Tigers and Jayhawks will play for a second straight season after the series resumed in 2021 following a nine-year hiatus.  Kansas thumped Missouri in Lawrence last December, 102-65.

The game's tip-off time and television information will be announced at a later date.

This season's game will be the first between the long-time border rivals in Columbia since a 74-71 win by then No.4 ranked Mizzou over No. 8 Kansas on February 5, 2012.  KU has won two straight match-ups over MU, including last year's game and the return match-up in Lawrence in 2012.

Mizzou has not yet announced any game dates or times for the 2022-23 season other than their Jan. 28 match-up with Iowa State in the Big 12-SEC Challenge, which will be played at Mizzou Arena.