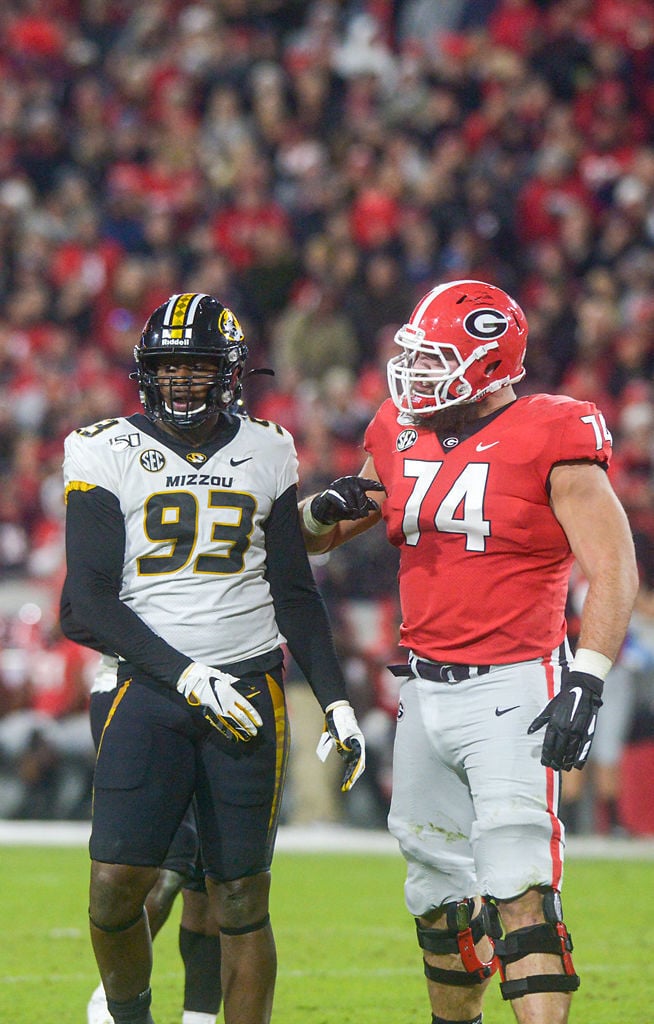 Missouri defensive lineman Tre Williams stands next to Georgia offensive lineman Ben Cleveland in the second quarter as the Missouri Tigers play the Georgia Bulldogs on Saturday. Cleveland was responding to a late hit from Williams on Georgia quarterback Jake Fromm. 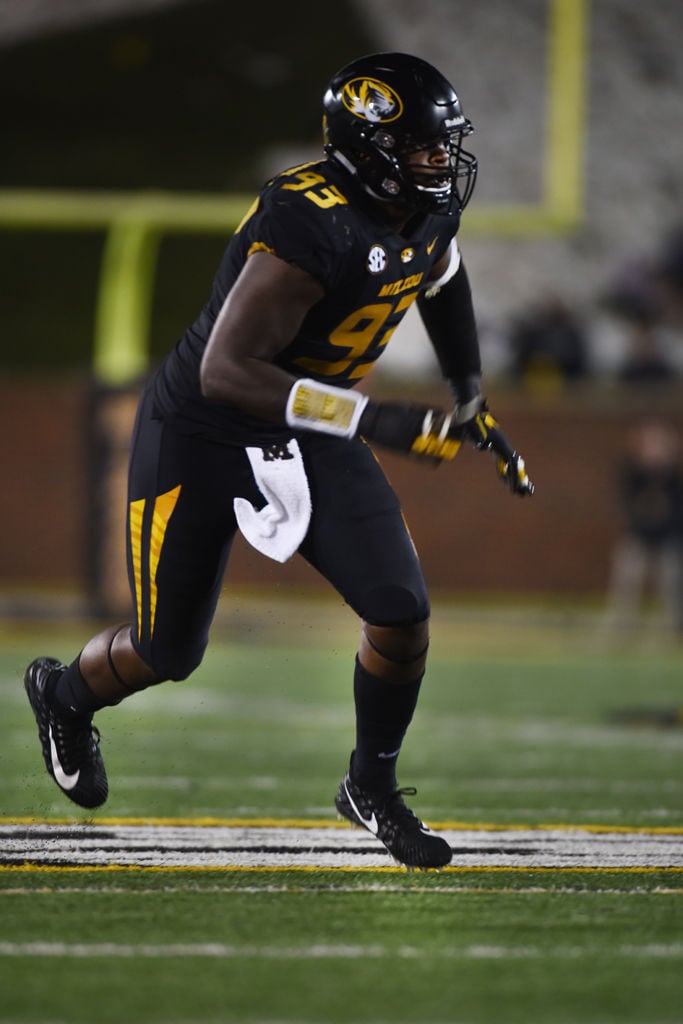 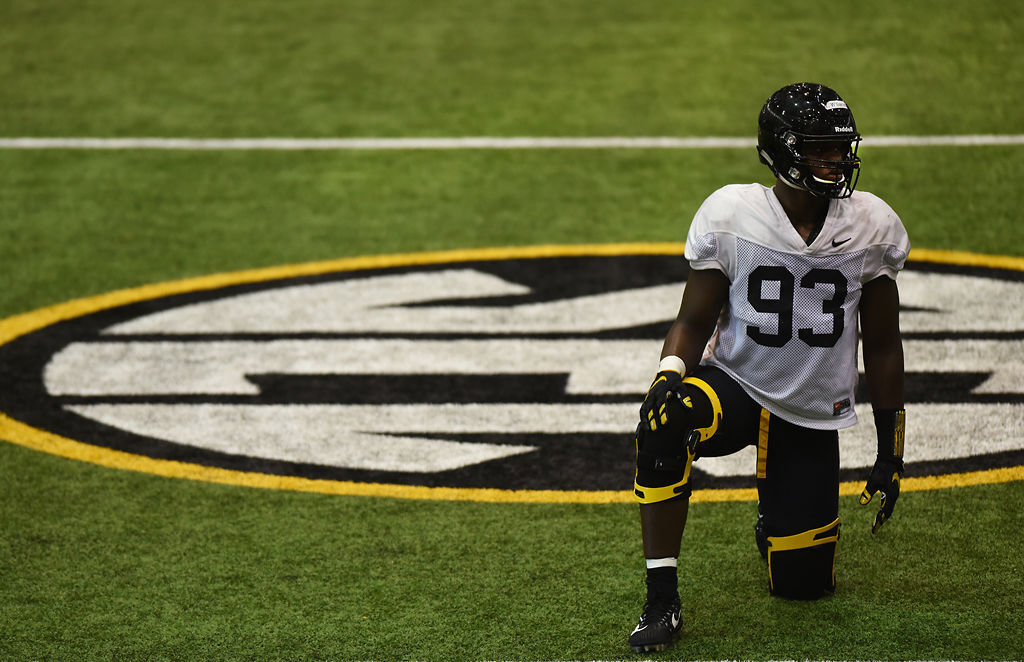 Redshirt sophomore defensive lineman Tre Williams takes a knee on the field before starting a drill during an Aug. 15 practice at Devine Pavilion.

Former Missouri defensive lineman Tre Williams announced that he was committed to Arkansas.  Williams made the announcement on Twitter on Tuesday evening.

Thankful for the opportunity to play for @CoachSamPittman and reunite with @Coach_Odom. Next Stop... Arkansas📍🐗 #EnjoyTheShow pic.twitter.com/SlqHm4h48o

Played parts of four seasons at Mizzou after a standout career at Columbia's Rock Bridge High School.  After redshirting during his first season in 2016 Williams played in 11 games in 2017, registering a career-high 3 sacks.  Williams was in and out of the program during much of his career, never playing more than 12 games in a season.

After Mizzou suspended him in December of 2018 following a domestic assault charge he was reinstated in June of 2019 when the charge was pleaded down to a misdemeanor.  Williams left the program for a final time in early December 2020 after playing 8 games during the season to explore his options.  He entered the transfer portal in late March.

Williams will reunite with his first head coach at Missouri, Barry Odom, who now serves as the Defensive Coordinator at Arkansas under head coach Sam Pittman.