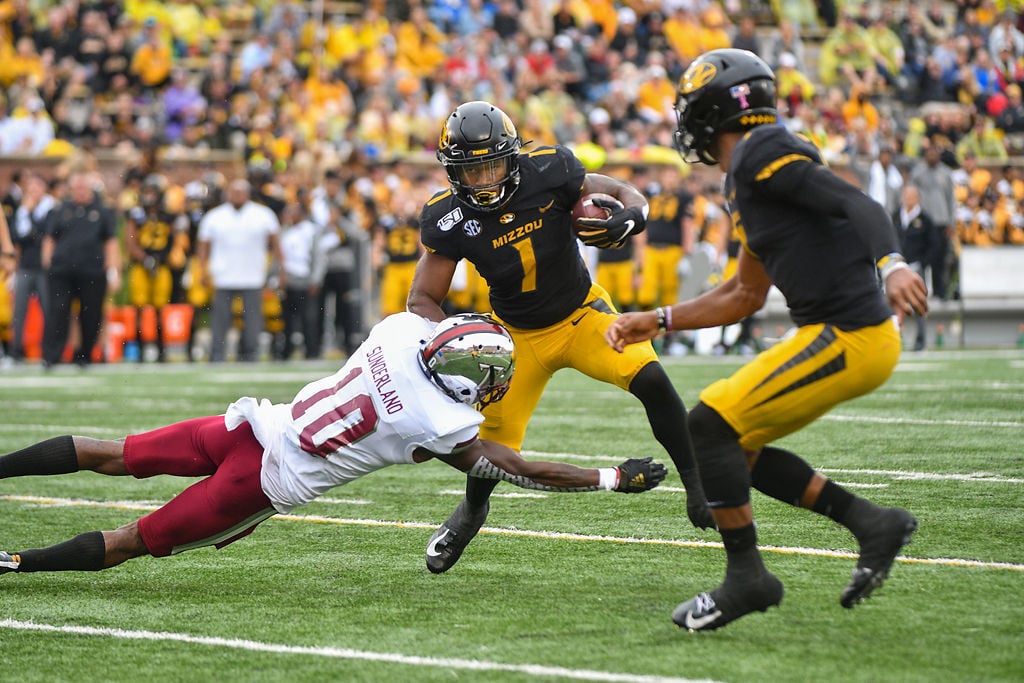 Missouri running back Tyler Badie leaps to evade the tackle of Troy defensive back Will Sunderland during Missouri's game Saturday at Memorial Stadium. The Tigers won easily, 42-10. 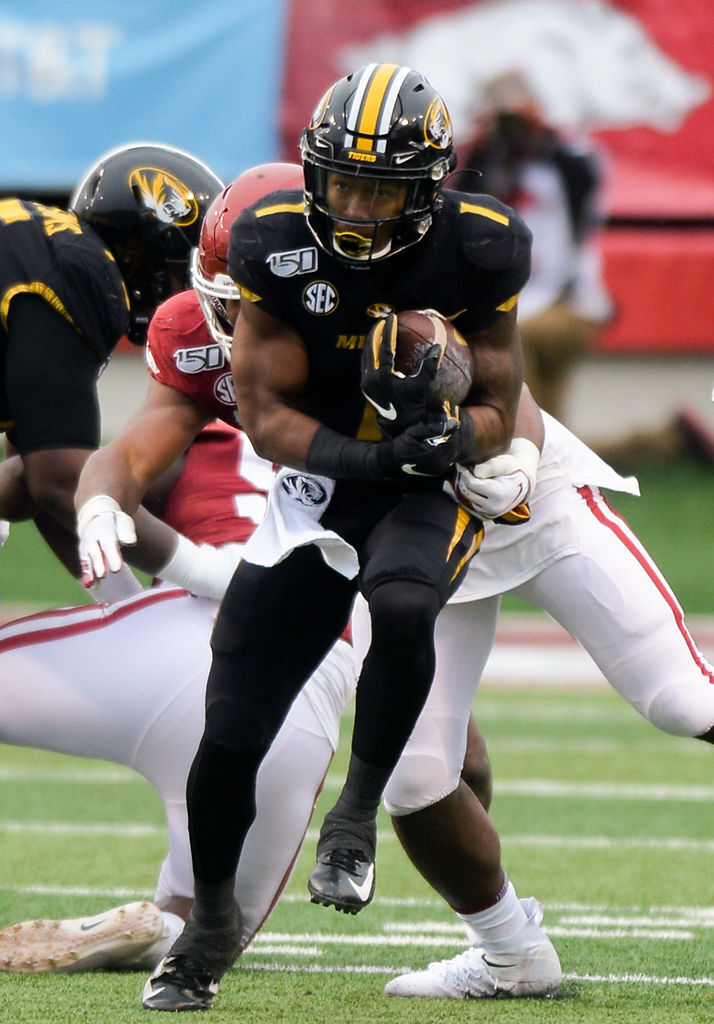 Missouri running back Tyler Badie breaks open during the game against Arkansas on Friday at War Memorial Stadium in Little Rock, Arkansas.

Badie joins his teammates Connor Bazelak (Davey O'Brien) and Trajan Jeffcoat (Bednarik) on pre-season award watch lists.  He is Mizzou's top returning running back after rushing for 242 yards and 6 touchdowns in Missouri's COVID-shortened 2020 season.  Badie has been a productive back during his Mizzou career, rushing for a total of 1,136 yards in three seasons.