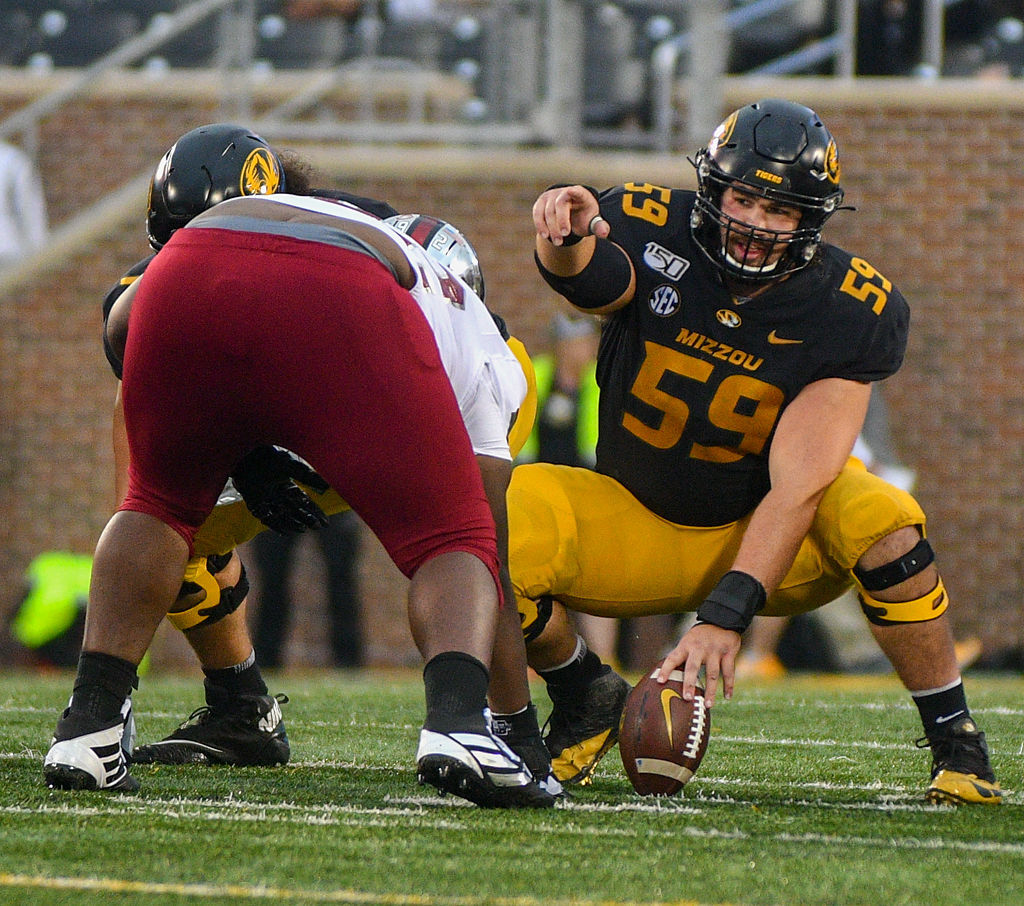 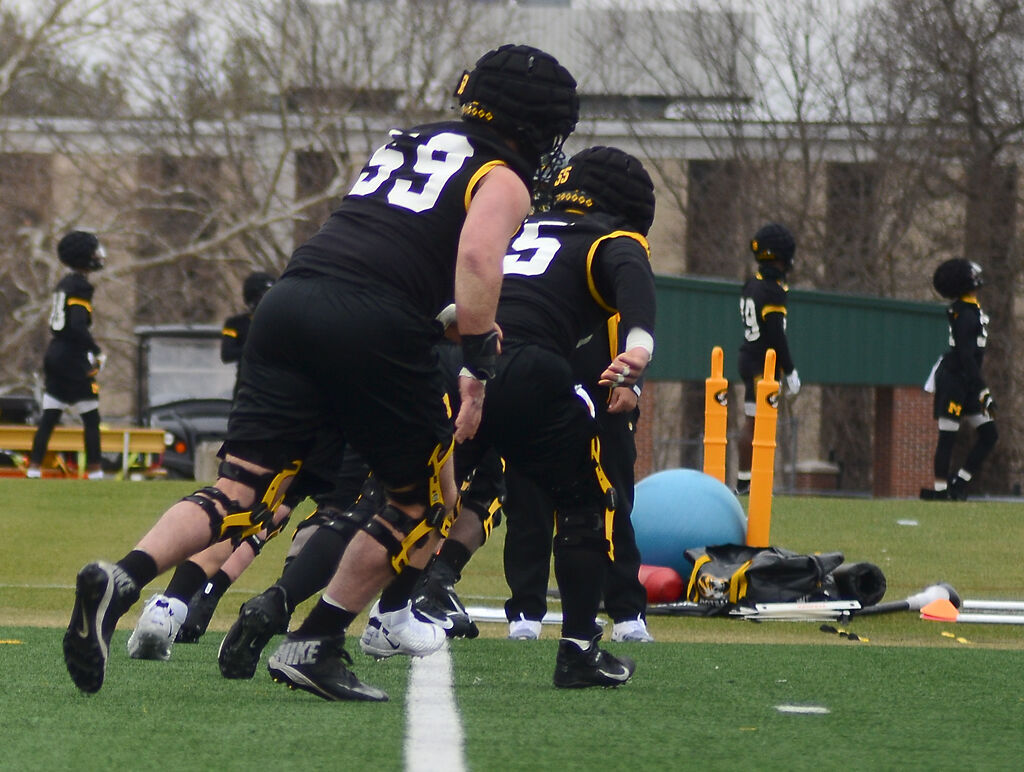 Case Cook runs a drill during practice Feb. 26 in Columbia. Cook is a redshirt senior from Carollton, Ga. 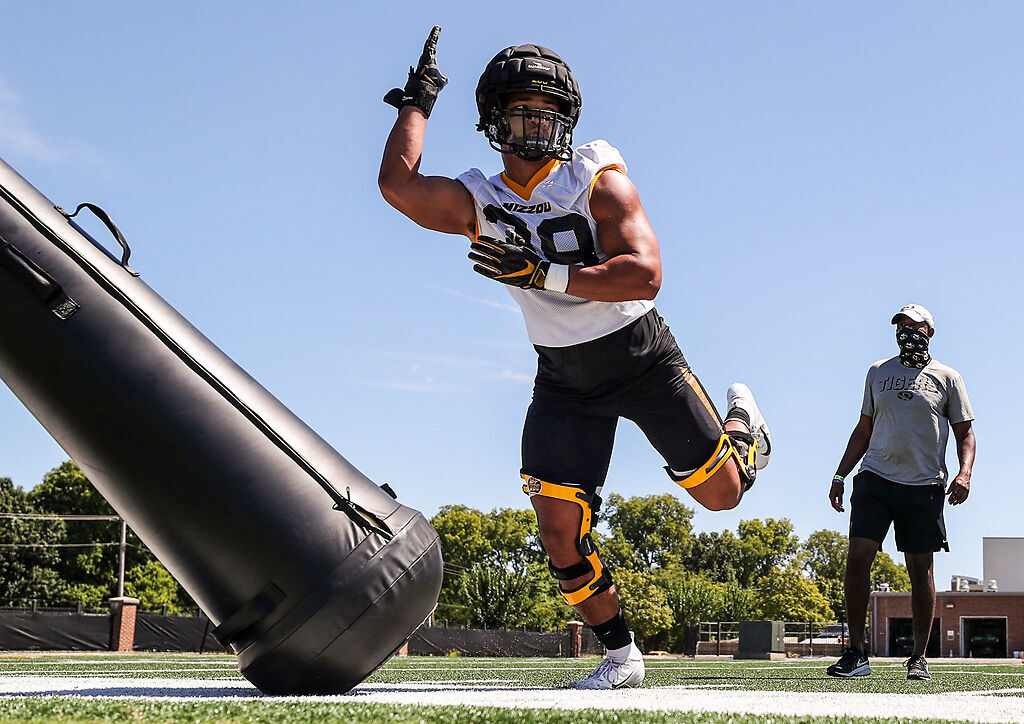 Missouri defensive lineman Chris Turner participates in a drill Tuesday at the Missouri Athletic Training Complex. Turner is one of the senior starters who gives Missouri some experience and continuity on that side of the ball.

Starting right guard and offensive captain Case Cook is among those who are out for the rest of the season.  Cook had been in and out of the lineup, missing action against Kentucky, Southeast Missouri State and Boston College before returning for the past three games.  Cook, a redshirt senior from Clem, Georgia,  has been a key piece of the Mizzou offensive line since 2018 and carried a streak of 20 straight starts at right guard into the 2021 season.

Cook has one season of eligibility remaining due to the extra year granted to all athletes by the NCAA due to COVID but appeared to call it a career with a Twitter post on Thursday evening.

Cook thanked Mizzou fans for their support saying, "It's been the biggest honor for me to be a team captain for the last two seasons.  I am forever grateful for the people and the opportunity I have had to be at Mizzou."

The injury not only ended Turner's season but also his Mizzou career.  Turner posted a message on Twitter thanking Mizzou fans for their support and saying, "I will forever bleed black and gold".

Mason Pack is an infrequently used defensive back from Springfield, MO who played primarily on special teams.  He did have one tackle in Missouri's season-opening win over Central Michigan on September 4th.  Pack also posted to social media on Thursday evening, thanking fans for their support as the injury ended his college career.

Mizzou did not provide any details on the season-ending injuries of each player.  Since the Tigers are on a bye this week Head Coach Eliah Drinkwitz only had one media availability this week, speaking on the SEC's weekly coaches conference call on Wednesday.