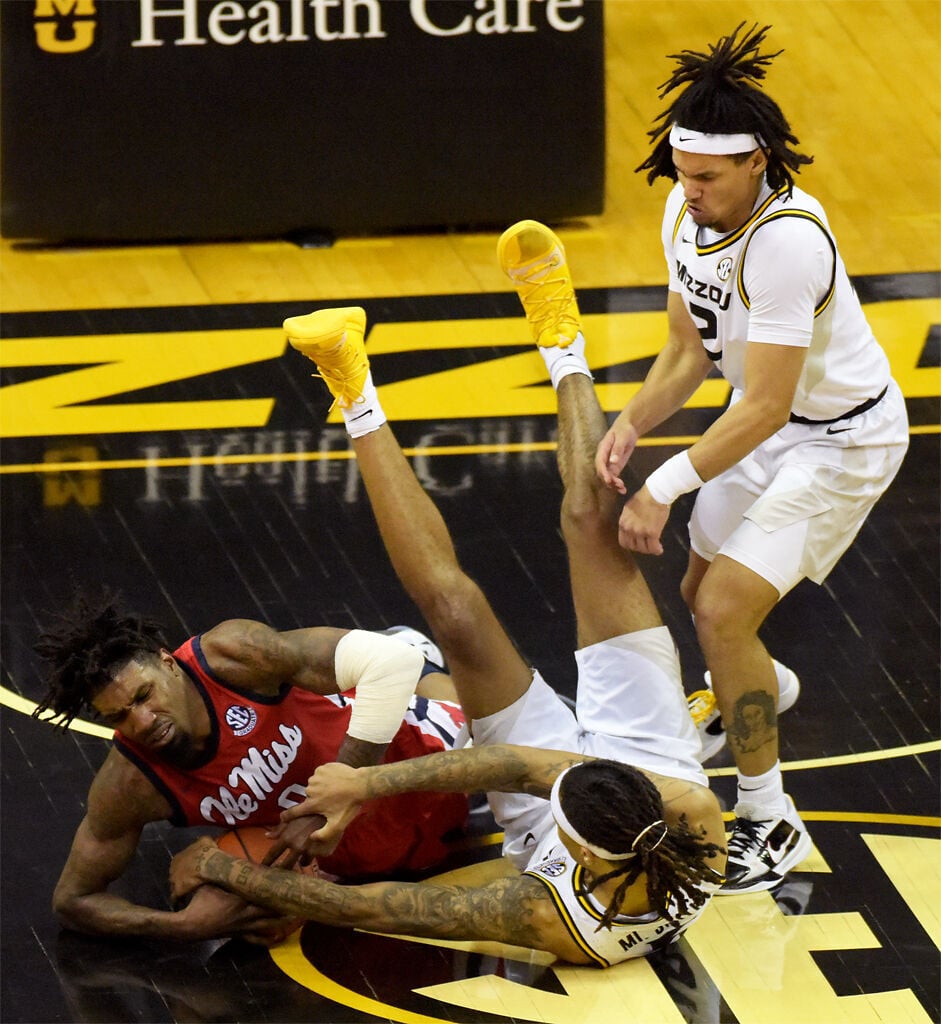 From left, Romeo White, Mitchell Smith and Drew Buggs wrestle for the ball Tuesday at the Mizzou Arena in Columbia. Missouri will play Texas A&M in Columbia on Saturday. 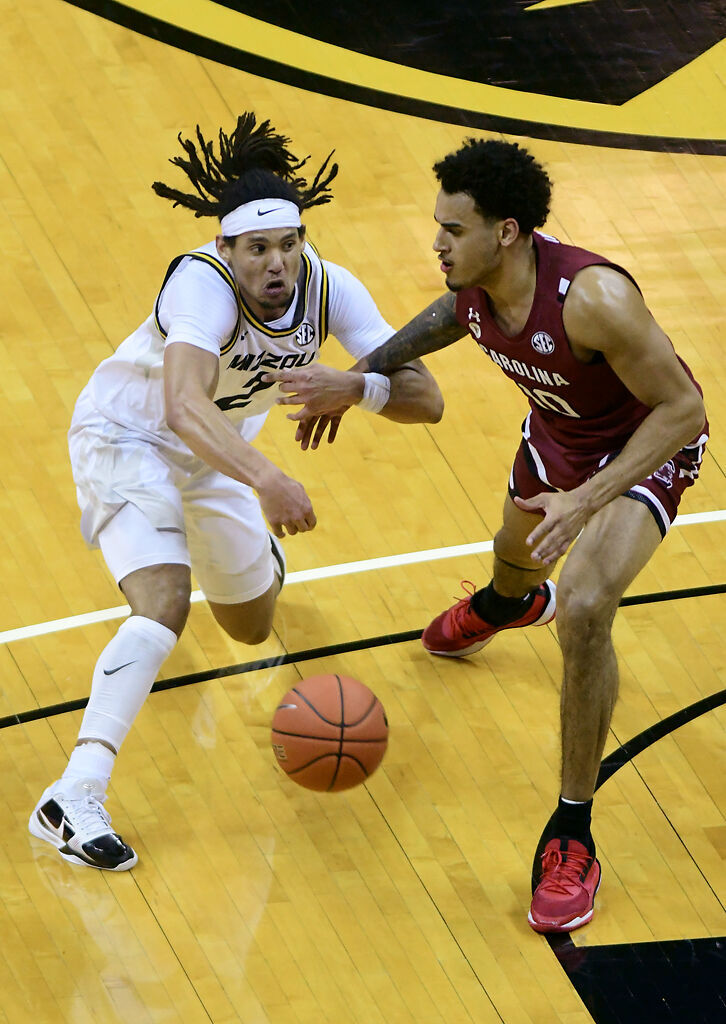 Senior guard Drew Buggs is leaving the Mizzou men's basketball team and entering the transfer portal.  A Mizzou source confirmed the news to KOMU 8 Sports on Wednesday afternoon following an initial repot from the website VerbalCommits.com.

Confirmed with a #Mizzou source, Drew Buggs is in the Transfer Portal after one season at Missouri https://t.co/t6n7PSouet

Buggs only spent one season with Missouri after transferring from Hawaii.  He came to Mizzou as Hawaii's all-time assists leader but only averaged 1.9 assists in 25 games as a Tiger.  Buggs played exclusively in a reserve role for Missouri but logged some significant minutes at times. He was the primary point guard in the second half of Missouri's NCAA Tournament loss to end the season, scoring 3 points and dishing out 1 assist in 22 minutes.

Buggs joins Xavier Pinson, Parker Braun, Mark Smith (who committed to Kansas State), Ed Chang and Torrence Watson as Mizzou players who have entered the Transfer Portal since the end of the season.