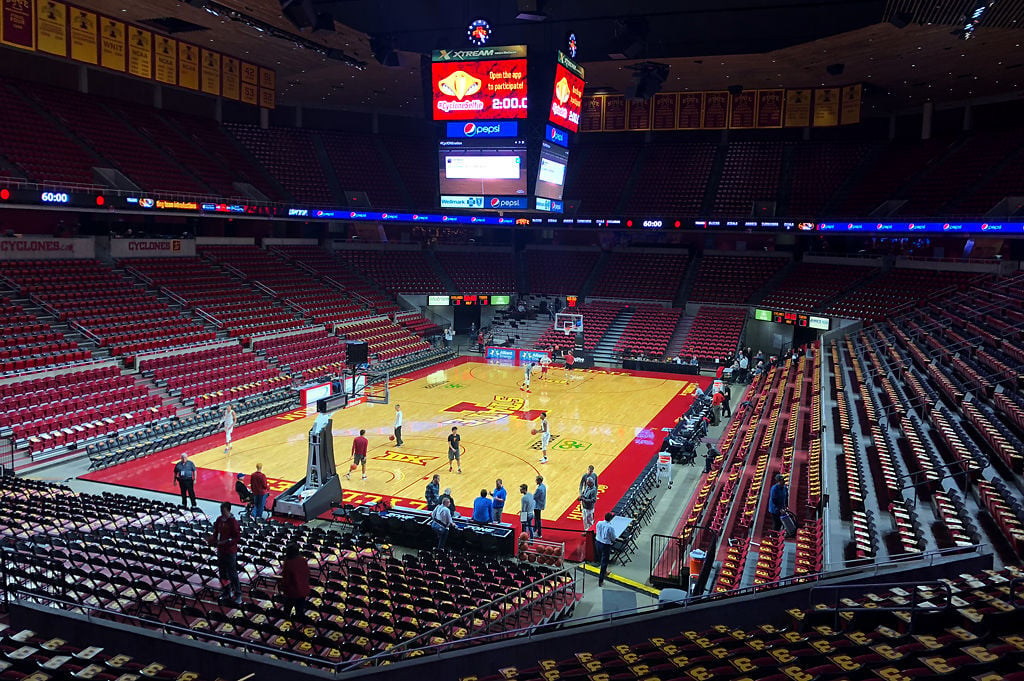 Inside scene of Hilton Coliseum in Ames, Iowa, before the madness begins. Hilton Coliseum has been home to the Iowa State Cyclones men’s basketball team since it opened in 1971. 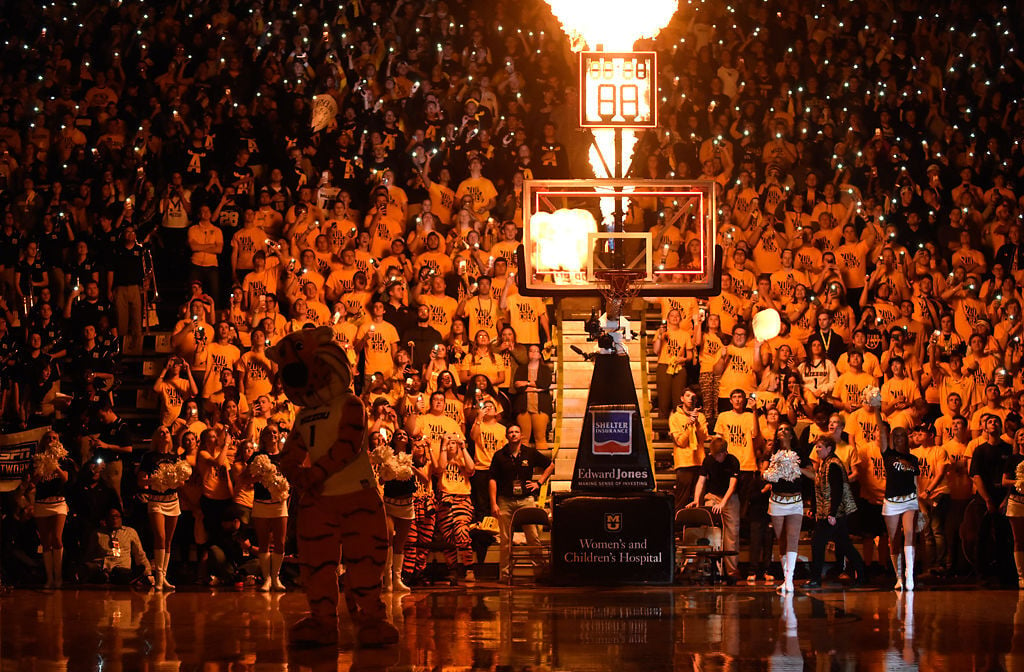 Missouri fans light up a sold-out Mizzou Arena with their cell phones as a pyrotechnics display signals the official start of the Missouri basketball season on Friday, November 10, 2017.

The SEC announced the matchups for the annual men's basketball Big 12/SEC Challenge on Wednesday and Mizzou will take on Iowa State for the third time in the last five seasons.  The Tigers will travel to Ames, IA to face the Cyclones at Hilton Coliseum on Saturday January 29, 2022.  Game times and TV information for the Big 12/SEC Challenge at a later date.

Mizzou and Iowa State were fierce rivals as members of the Big 8 and Big 12 for decades.  The programs faced each other for the first time since Mizzou left for the SEC in Cuonzo Martin's first game as Missouri head coach in the 2017-18 season opener.  Mizzou won that game 74-59 but lost to the Cyclones in Ames a year later 76-59 to complete that home-and-home series.

Missouri is 150-85 all-time against Iowa State.