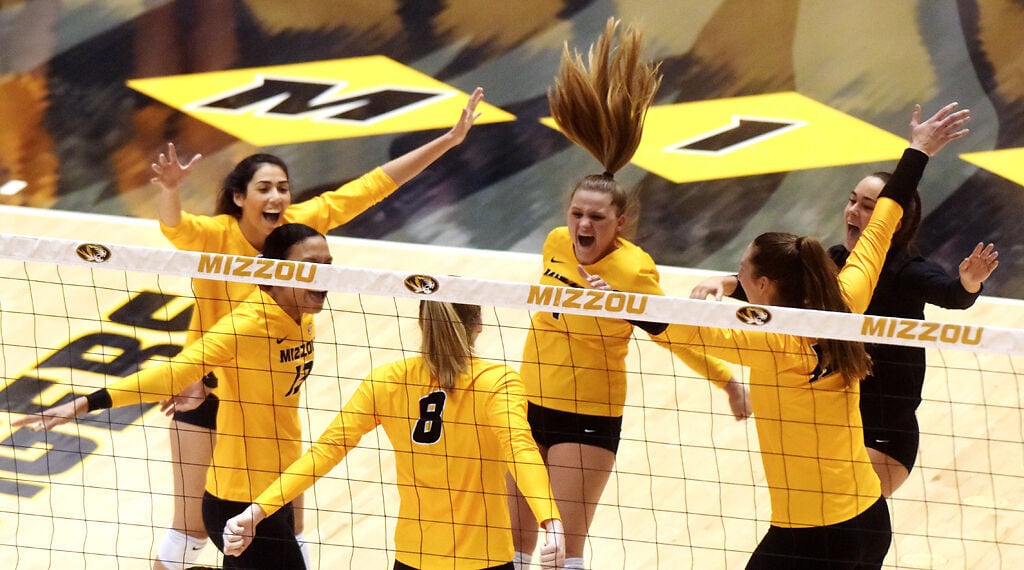 Members of the Missouri volleyball team go in for a group hug after scoring a point during the first set Friday at the Hearnes Center in Columbia. Missouri will face Georgia again Saturday. 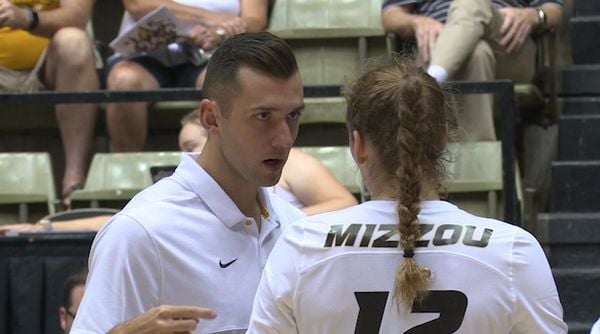 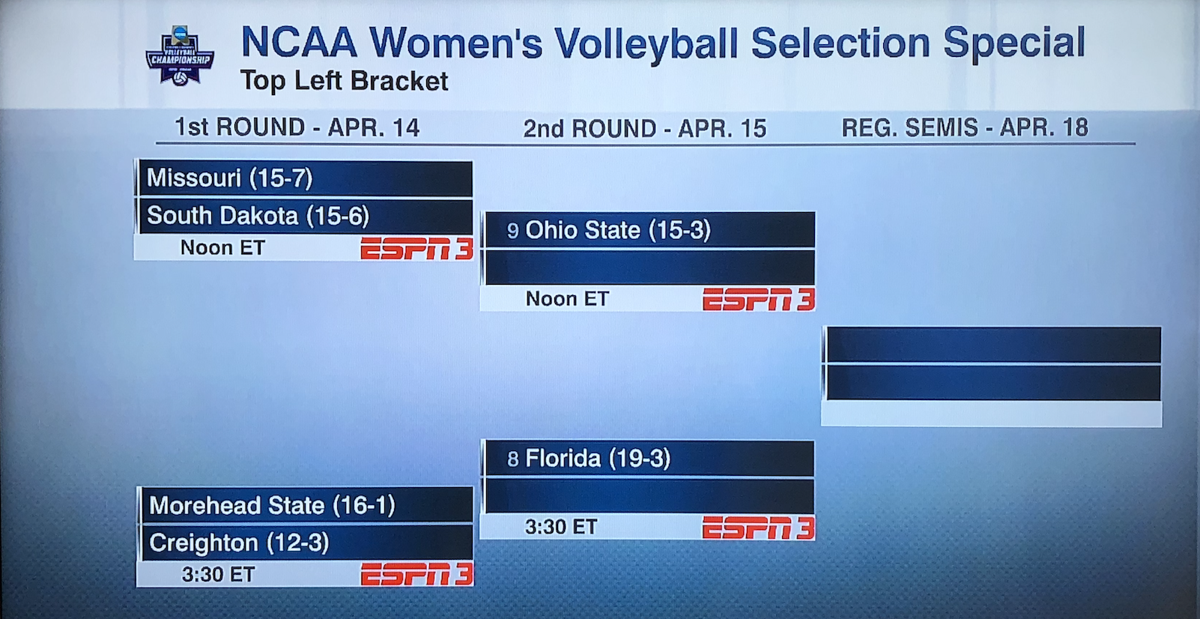 The Missouri volleyball team made their sixth consecutive NCAA Tournament on Sunday.  The Tigers will face South Dakota on Wednesday April 14 at 11 am CT.  The game will be live-streamed on ESPN 3.

Only 48 teams were selected for a condensed version of the Tournament due to the pandemic.  The NCAA volleyball season was split over the Fall and Spring this year so more teams would have a chance to qualify after several conferences postponed Fall sports.

Missouri had been on "the bubble" to make the Tournament before ending the regular season with four straight wins.  Should the Tigers advance they would face the number 9 overall seed in the Tournament, Ohio State, on Thursday April 15th.  The top 16 seeds in the Tournament were all granted 1st round byes.  The entire NCAA Women's Volleyball Tournament is being played in Omaha, NE.

Missouri Volleyball also celebrated three All-SEC honors on Sunday.  Senior Kylie Deberg, Redshirt Junior Andrea Fuentes and Sophomore Anna Dixon were all named All-SEC.  Deberg earned the honor for the third time in her Mizzou career.  For Fuentes it was her second such recognition while Dixon earned the honor in her first season as a Missouri Tiger after transferring from Kansas State.