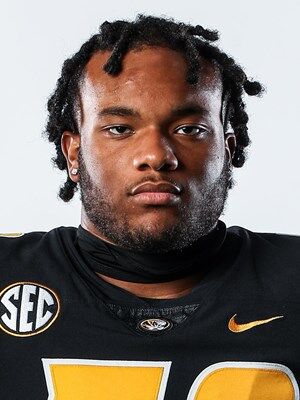 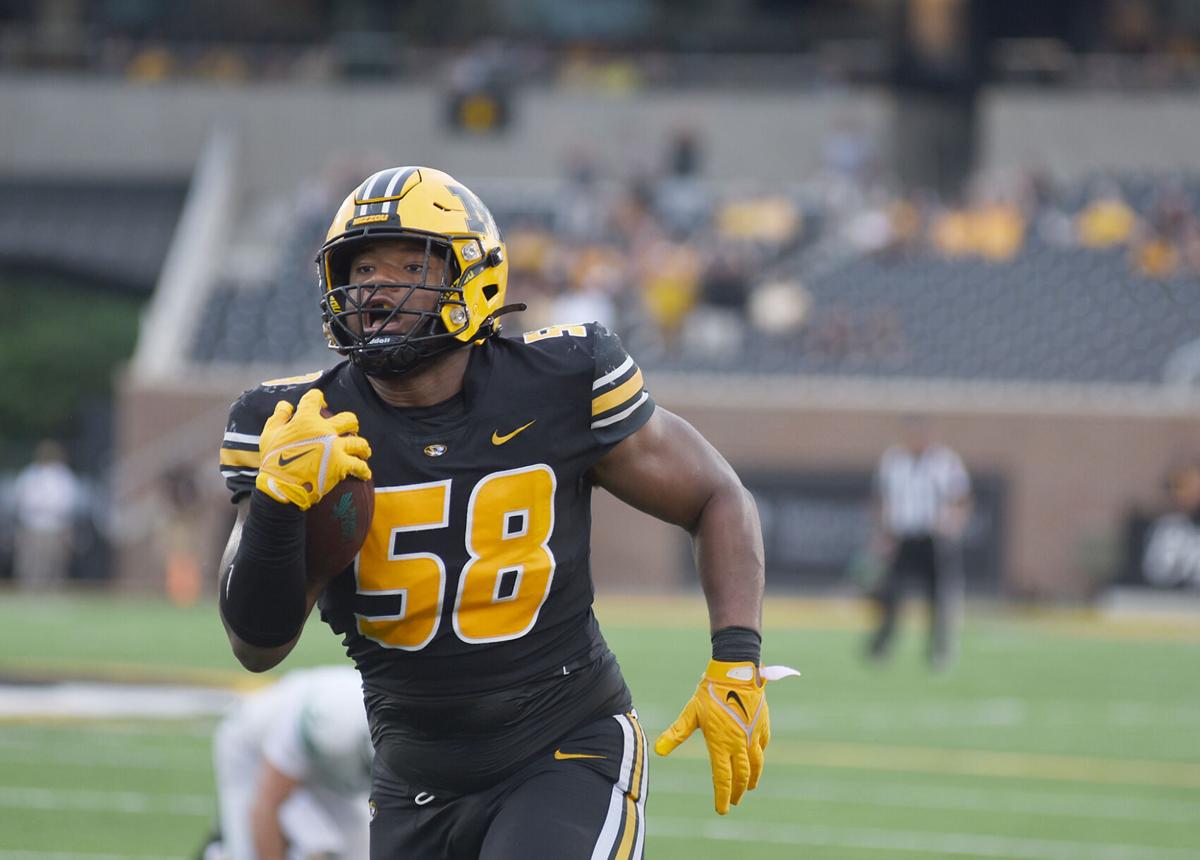 Mehki Wingo runs for a touchdown after intercepting the ball Saturday at Memorial Stadium in Columbia.

The Mizzou Football team lost another player to the Transfer Portal on Thursday when freshman defensive lineman Mekhi Wingo confirmed his plans to leave the Tigers.  The news was first reported by PowerMizzou.com.  Wingo confirmed that he is entering the Portal to KOMU 8.

The St. Louis native had an impressive freshman season at Missouri that included 27 tackles, 2 of them for loss, one sack and an interception he returned for a touchdown against North Texas.  That production netted Wingo a spot on the SEC's All-Freshman Team.

Wingo was the 9th ranked player in the state of Missouri as a senior coming out of DeSmet High School in the 2021 recruiting class.  He had 54 tackles as a senior in a COVID-shortened 2020 season but had 97 tackles including 29 for loss and 15 sacks in a monster junior year in 2019.  Wingo's high school coach, former Missouri defensive back Robert Steeples, recently took a job on LSU's coaching staff.