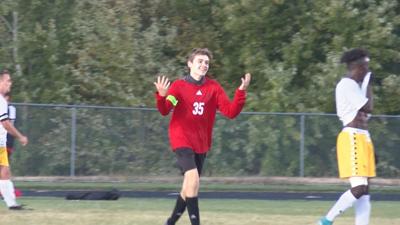 A forfeit put Southern Boone at a perfect regular season on Wednesday before going into districts.

"Today, we were supposed to play Smith-Cotton. Smith Cotton felt that the field was a little bit unsafe to play on, and so they went home," head coach Ward Vandelicht said.

Tonight's easy win put their record at 15-0 going into post-season. It didn't take away from any great performances this season, like a 2-1 win over the 4th ranked large school team Jefferson City earlier this season.

"It feels a little bit like I need to pinch myself," he said. "These guys, that's what they play for, not just to get to the post season but to get there undefeated. So, it's a little bit special as well."

Now the team will head into districts where they'll play Canton High School, a team they've dominated in the past.

Southern Boone hasn't lost to Canton in over a decade, beating them 8-0 the last two years and 10-0 in 2018. Next week is about finishing the job.

"When we come out, whatever team it is, we just need to make sure we do what we know how to do and finish," Vandelicht said.

Everyone on the team knows what to do. Vandelicht said he couldn't name only one player who has been standing out.

Vandelicht said the should have a good chance at a win.