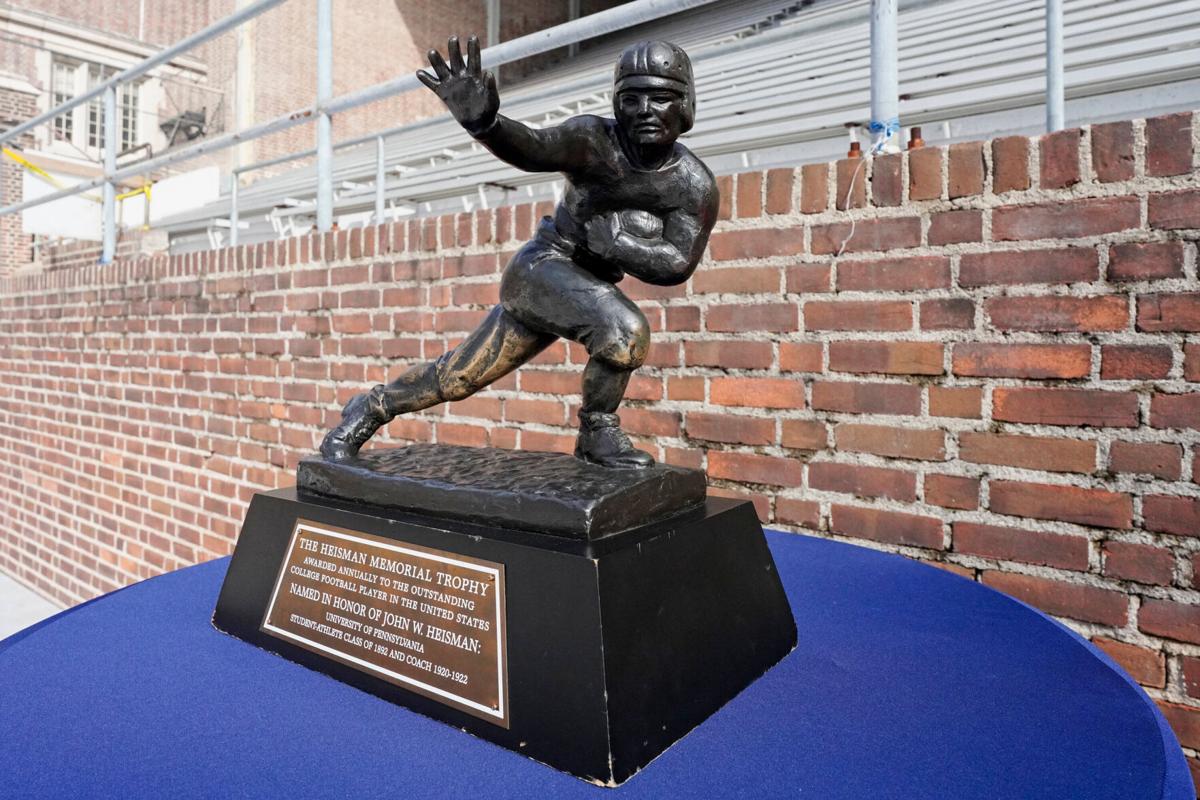 The Heisman Trophy is awarded annually to college football's most outstanding player. 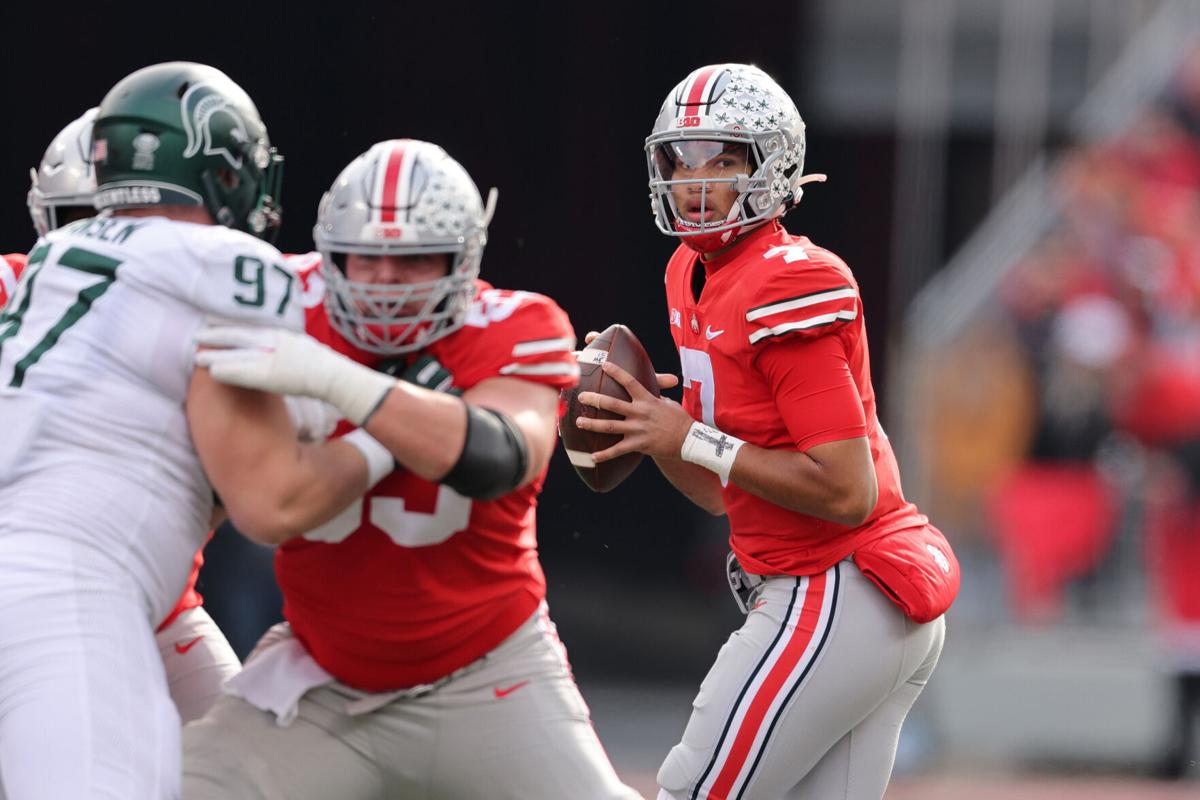 C.J. Stroud would be the Buckeyes' eighth winner. 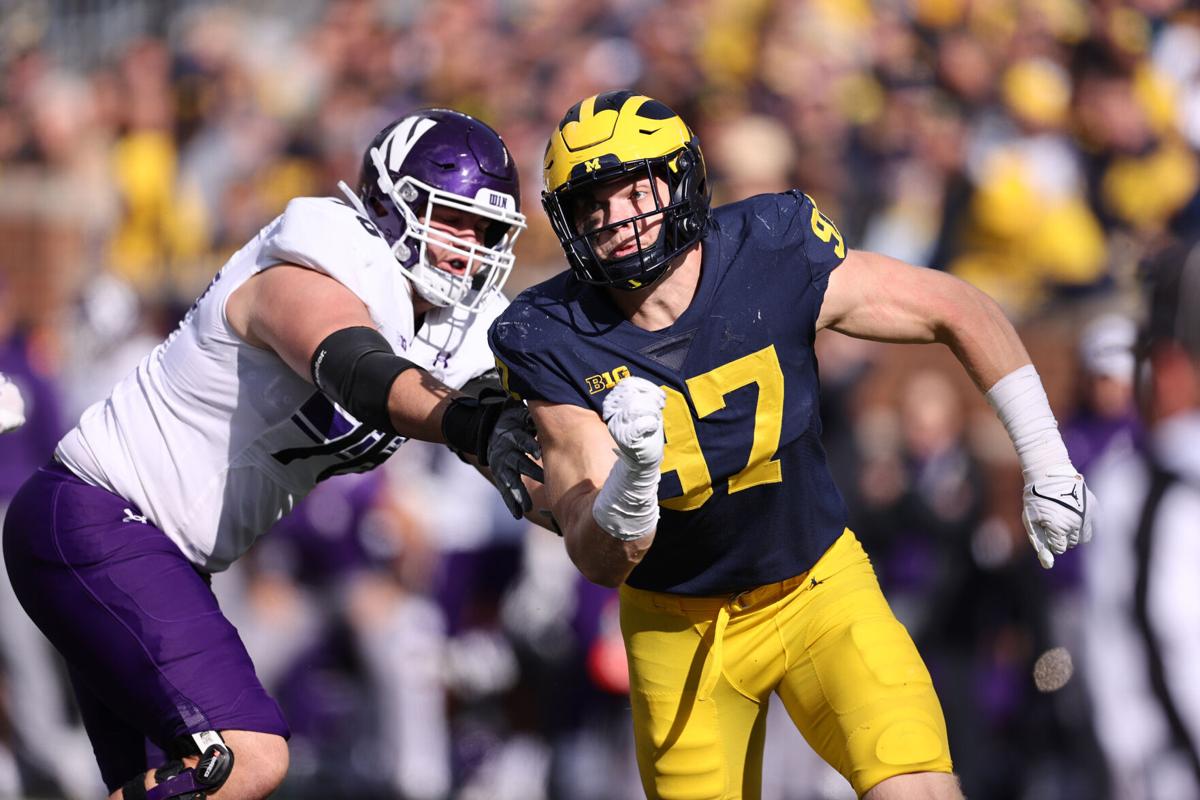 Aidan Hutchinson would be the second Wolverine defensive player to lift the trophy. 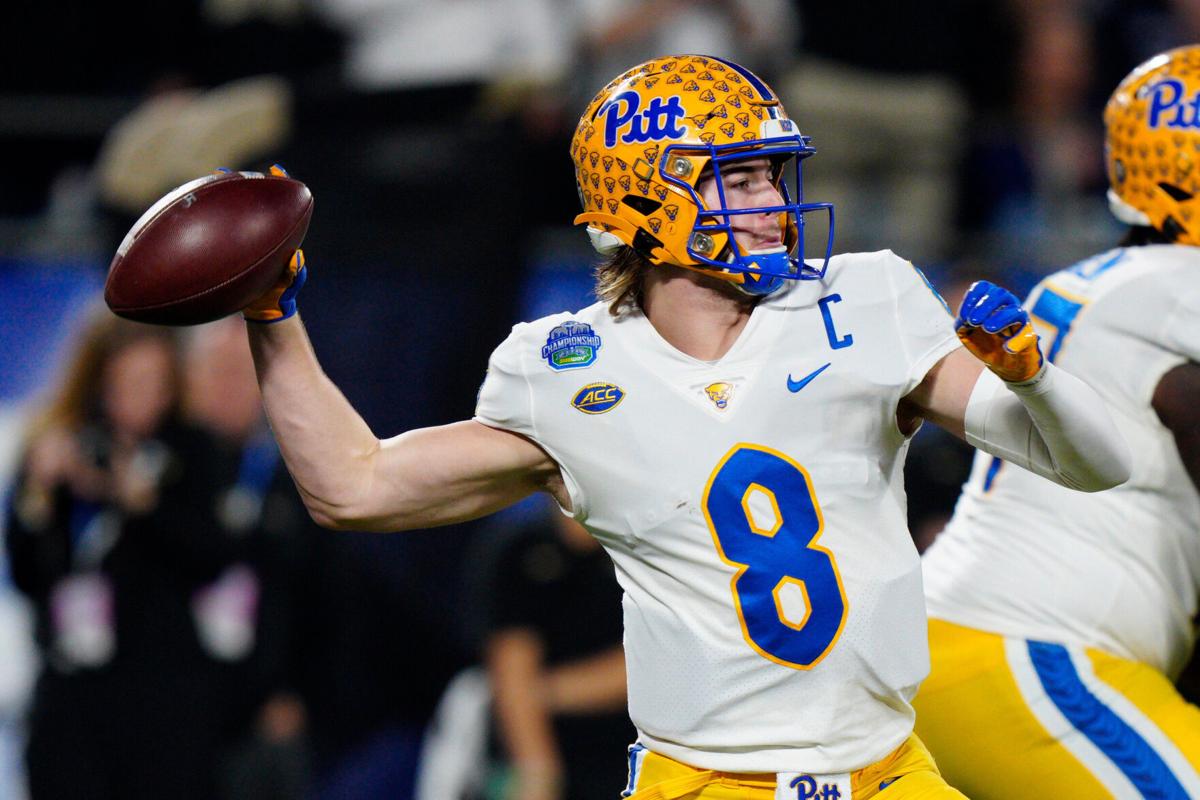 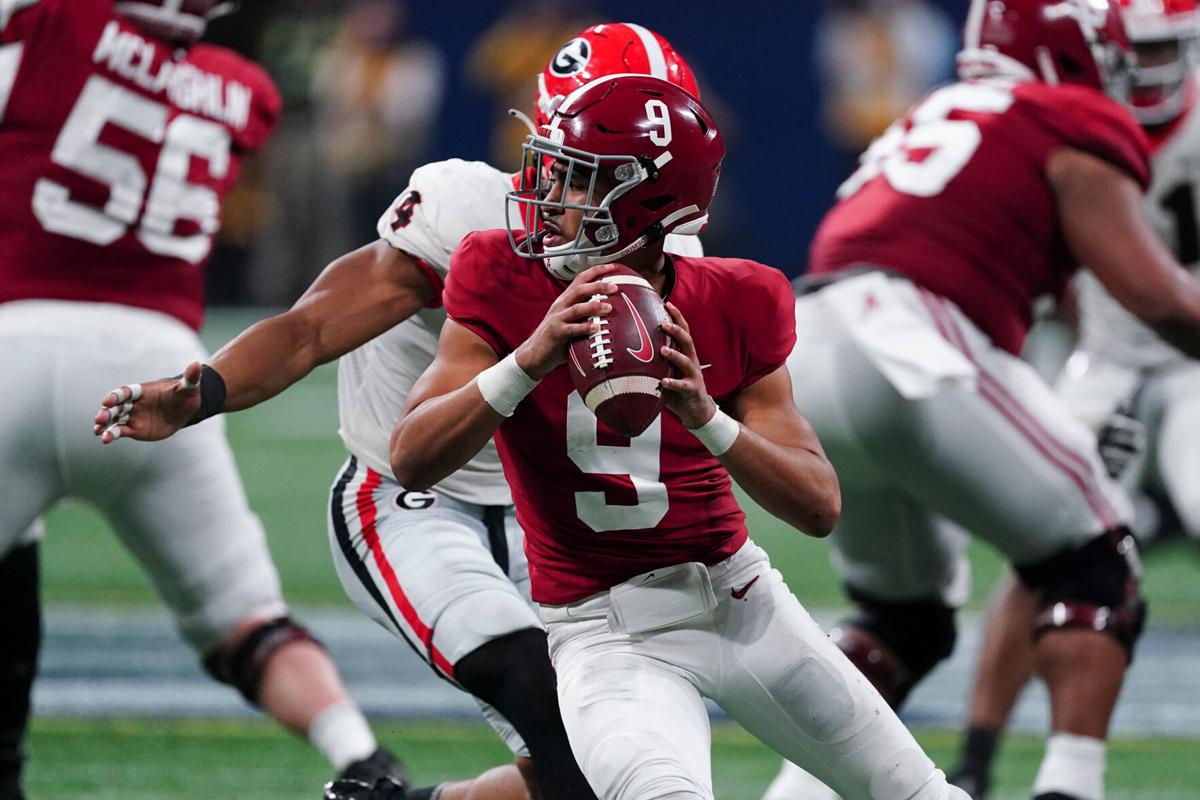 Alabama quarterback Bryce Young is the favorite for the award in part because of his performance against Georgia in the SEC Championship.

The Heisman Trophy is awarded annually to college football's most outstanding player.

C.J. Stroud would be the Buckeyes' eighth winner.

Aidan Hutchinson would be the second Wolverine defensive player to lift the trophy.

Alabama quarterback Bryce Young is the favorite for the award in part because of his performance against Georgia in the SEC Championship.

College football's most prestigious honor will be awarded on Saturday night in New York City. Any name other than Bryce Young's being declared as the winner of the Heisman Memorial Trophy would be a huge upset. The University of Alabama quarterback is the overwhelming favorite according to Las Vegas bookmakers heading into the 87th annual ceremony.

The four finalists in the running to be voted as the most outstanding college football player are: Michigan defensive end Aidan Hutchinson, Pittsburgh quarterback Kenny Pickett, Ohio State quarterback C.J. Stroud and the aforementioned Young.

Why is Young the favorite?

The Crimson Tide signal caller cemented his place as the front-runner after an epic performance in last Saturday's Southeastern Conference (SEC) Championship game victory over the University of Georgia.

Young set the conference championship record with 461 total yards -- including 421 in the air, also a record. The win propelled the team to the nation's top seed heading into the College Football Playoff.

The first-year starter threw for 4,322 yards and 43 touchdowns while leading 'Bama to a 12-1 record this year. Young also ran for three scores.

Should Young win the stiff-armed posed trophy, the honor would give Alabama back-to-back Heisman winners. Last year, Tide wide receiver DeVonta Smith was recognized as the game's best via a virtual ceremony due to the coronavirus pandemic.

On Tuesday, Young was asked about the potential of being the first Alabama QB to win the award: "To follow the great quarterbacks that we've had and to have this opportunity, it's a huge blessing and something I don't take for granted.

Who else is in it with a shot?

Pitt's Pickett was named the Atlantic Coast Conference's (ACC) Player of the Year, leading the Panthers to the school's first ever ACC Championship title last Saturday.

Pickett would join an exclusive Pittsburgh club with a win Saturday night: the Panthers' famed running back Tony Dorsett is the only Pitt player to win the Heisman (1976).

Hutchinson's 14 sacks this season set a Michigan school record. He set the mark in a phenomenal final regular season game against rival Ohio State, recording three sacks in the Wolverines victory. The senior was also named the game MVP following Michigan's win over Iowa in the Big Ten championship game.

Should Hutchinson lift the 45-pound trophy, the defensive end would join fellow Wolverine Charles Woodson (1997) as the only other defensive player to win the award and would become one of four to lift the trophy: Woodson, Desmond Howard (1991) and Tom Harmon (1940).

Ohio State's Stroud -- a redshirt freshman who was a first-year starter for the Buckeyes in 2021 -- threw for 3,862 yards and 38 touchdowns while leading the team to a 10-2 record. With Stroud at the helm, the Buckeyes' offense ranked No. 1 in total offense, averaging 551.4 yards per game.

If Stroud's name is called on Saturday night, he would be Ohio State's eighth Heisman winner.

How is a decision made?

So who gets a vote to determine the winner?

Ballots were sent to 870 media members from across the United States to vote on the finalists. Additionally, every living, former Heisman winner receives a ballot -- plus one overall fan vote is tabulated into the final tally.

This year, there were 928 votes for the 2021 Heisman Memorial Trophy, according to Heisman.com.

Saturday's announcement, will take place in-person at the Lincoln Center in New York and televised on ESPN, starting at 8 p.m. ET. and write their name into college football history.