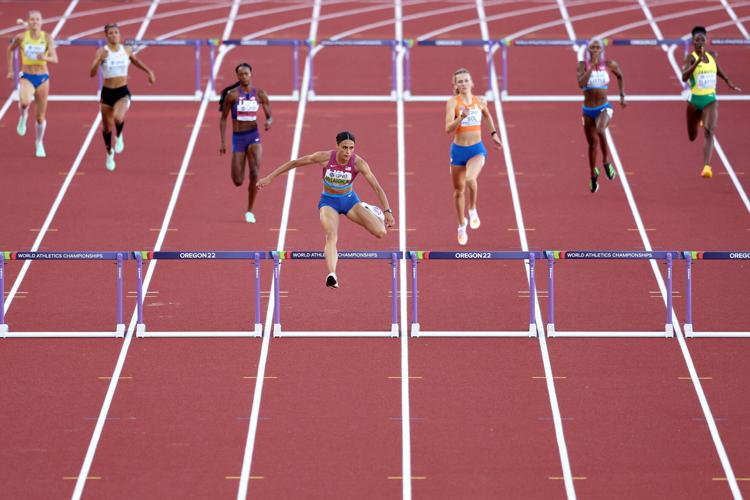 Sydney McLaughlin shattered her own 400m hurdles world record to claim gold at the World Athletics Championships at Hayward Field on July 22, 2022. 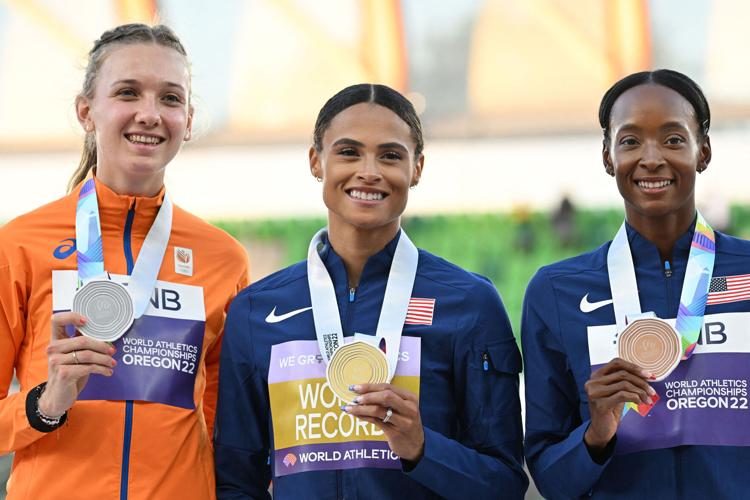 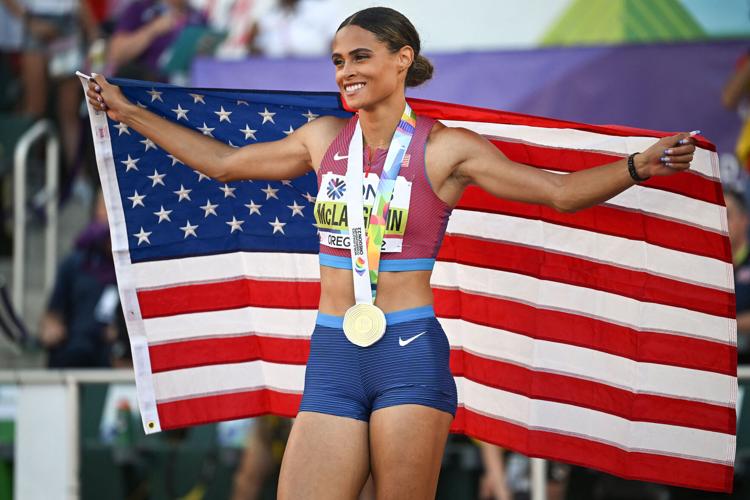 Sydney Mclaughlin celebrates her victory with her gold medal.

Sydney McLaughlin shattered her own 400m hurdles world record to claim gold at the World Athletics Championships at Hayward Field on July 22, 2022.

Sydney Mclaughlin celebrates her victory with her gold medal.

She blazed to a time of 50.68 seconds, beating her previous record time of 51.41, which she set at the US Championships last month.

It marks the fourth time this year that the Olympic champion has broken the 400-meter hurdles world record.

McLaughlin charged past her competitors to take an early lead, beating Dutch runner Femke Bol and former world champion Dalilah Muhammad, who claimed silver and bronze in 52.27 and 53.13 respectively.

McLaughlin's supreme performance marked a series of record-breaking runs for the American in the past year.

She ran an astonishing 51.90 seconds in the 400m hurdles at the US Olympic Trials last summer, according to the World Athletics website.

McLaughlin then set another world record and won gold with a run of 51.46 seconds at the Tokyo 2020 Olympics.

McLaughlin became the first woman to finish the 400m hurdle event in under 51 seconds.

"The time is absolutely amazing and the sport is getting faster and faster," she said after the race, according to the World Athletics website. "Just figuring out what barriers can be broken. I only get faster from here.

"I executed the race the way Bobby (Kersee, her coach) wanted me to. I knew coming home that if I just kept my cadence and stayed on stride pattern, we could do it and it happened.

"The level in the 400m hurdles is certainly improving. We have a full group of girls that are willing to push our bodies to the next level and we are seeing times drop," McLaughlin added.

Olympic bronze medalist Bol said: "I ran against the best in the world, Sydney is just very strong.

"She was so far in front at the end, so I was always doubting if I really had a good race because it felt very good. Then I saw the time and I was like, 'Wow.' It is amazing to be a part of it and to come out second in such a race," Bol added.

Muhammad, who won silver in the same event at Tokyo 2020, said she had "mixed emotions" about her performance.

"It's great to get a medal but I came into these championships on the strength of having always gotten a medal at any championships, despite any injuries. But as a competitor, you always want more."

Hear how Tollison is adjusting at the center position and how DJ Jackson is benefiting from the receiever talent.