KOMU received new documents from the City of Columbia after submitting another public records request. Records included traffic stop training and an internal reminder to document all traffic stops.

COLUMBIA — Columbia Police Department leaders are reminding officers to document traffic stops and the department held a bias policing training since a September traffic stop, according to documents obtained by Target 8.

A traffic stop from Sept. 2 is still under review after the Columbia Citizen’s Police Review Board voted for Columbia Police Chief Geoff Jones to revisit the internal investigation.

On Dec. 3, KOMU 8 requested documents regarding training efforts and any records filled out due to or because of the incident.

KOMU 8 aired some records from the internal investigation last week. After waiting for the person in charge of researching training records to return from out of town, KOMU 8 received the training documents.

The Columbia Police Department started enforcing a new special order on July 6, which department leaders put in place because of the pandemic.

Chief Jones wrote that the purpose of the order was two-fold: to reduce contact with the public and to reduce disparities in vehicle stops.

During the stop, Detective Nicholas Wulff detained passenger Tenacious Jones. Once her handcuffs were off, she repeatedly asked officers about their probable cause for searching the vehicle.

The driver, Kamal Annoor, indicated officers claimed marijuana shavings were inside the vehicle. The substance in question was not tested to confirm the officer’s allegations. Neither Annoor or Jones were charged with possession of any illegal substances.

Jones demanded all of the officers provide their business cards and information.

None of the officers on scene offered a written citation or their information prior to this request, which goes against special order 20-500-1.

Rebecca Shaw, a member of CoMo for Progress, emailed a complaint to CPD after the traffic stop video went viral. After the internal investigation concluded, Chief Jones mentioned the review identified training needs, but that no policy violations occurred.

CPD included an email from Assistant Chief Jill Schlude in response to the records request.

In the email titled "Reminder Regarding Special Order on Traffic Stops 20-500-1" dated Dec. 10, Asst. Chief Schlude corrected a statement she made at a 5 p.m. shift briefing the day before.

"I erroneously stated... a citation, written warning OR a business card shall be provided," she wrote to police sergeants. "A business card IS NOT sufficient and does not meet the requirements of Special Order 20-500-1."

Nine days after the stop, CPD conducted traffic stop training. KOMU 8 reached out to the police department several times in the hopes of adding more context about the training and what officers were required to attend. CPD has not replied to these requests. 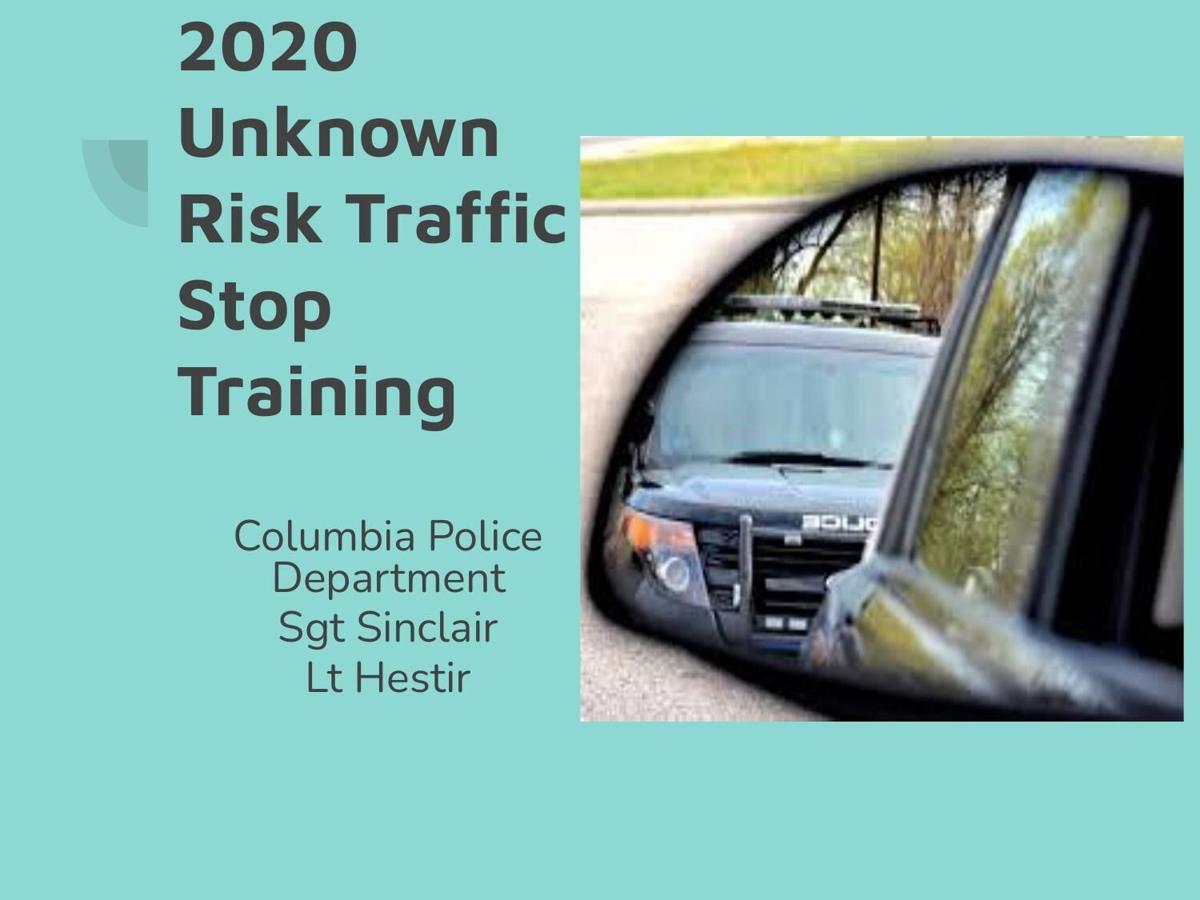 The executive director of Race Matters, Friends, Chad McLaurin, said there is a problem in the training's statement about providing law enforcement services "equally fairly without discrimination".

"Law enforcement services, what does that mean?" he asked. "What laws are they reinforcing? If it's traffic, what areas? Are we policing? What are you monitoring? Who are you choosing to pull over? To sit there and say that we're just doing law enforcement, assumes that there's like an agreed upon definition of what that should entail."

The training presentation also defined the meaning of articulable suspicion.

"Capable of being expressed, explained or justified," the training presentation said.

"Things like articulable, saying that there's evidence that I can articulate. Well, you can rationalize just about anything," McLaurin said.

He said to trust their process, the community needs "third party oversight into the review process."

"It could be like, where CPRB [Citizens Police Review Board] sits in on some of these things and has first hand knowledge of the deliberations," McLaurin said.

The status of the reopened investigation is unknown.

KOMU 8 will continue to follow-up on changes regarding results of the internal investigation.

31°F
Clear
31°F / 31°F
Receive the top KOMU 8 News headlines of the day in your inbox.
START YOUR DAY INFORMED