COLUMBIA - Last year, the winter of 2016-2017 lacked, well, winter. It was unseasonably warm with record breaking warm temperatures and the least amount of snow we've seen since weather records began in the late 19th century. An average winter in mid-Missouri will recieve between 16 and 17 inches of snow. Last winter we received a record low with less than 2" of snowfall accumulation.

This year will be different. We have a moderate to strong La Niña pattern expected to last through the winter into spring. While every La Niña year is different, there is a general pattern we typically see.

To be more specific, La Niña is an atmospheric pattern stemming from equatorial trade winds and sea surface temperatures. A La Niña is evident when the Equatorial Pacific sea surface is much cooler. The easterlies (trade winds) will push warmer ocean water to the western Pacific ocean, leaving the eastern Pacific cooler. 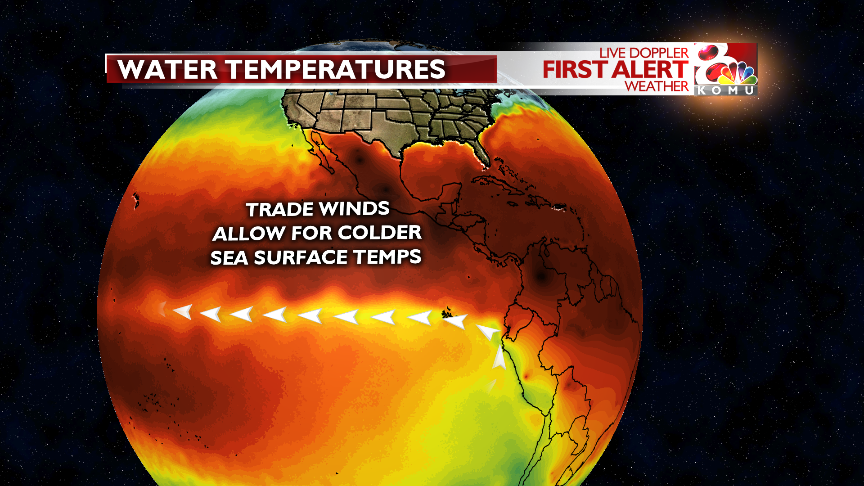 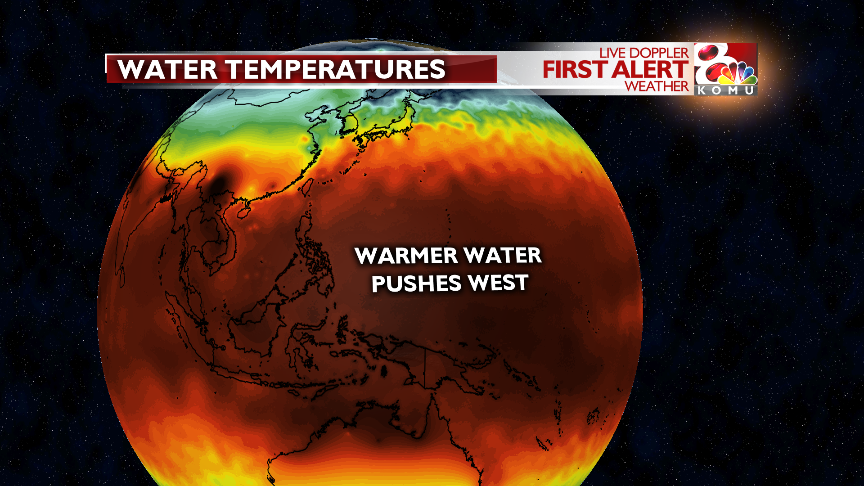 There is another indicator of a La Niña pattern: strong hurricanes in the Atlantic. We saw this in the summer and fall of 2017 with multiple major hurricanes forming and hitting the United States. 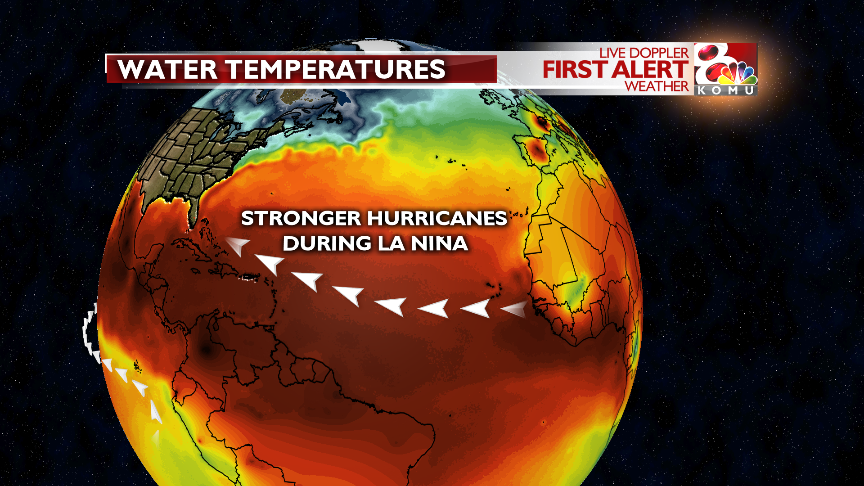 So now that we have a La Niña pattern overhead, what does that mean for the United States and Mid-Missouri this winter season? 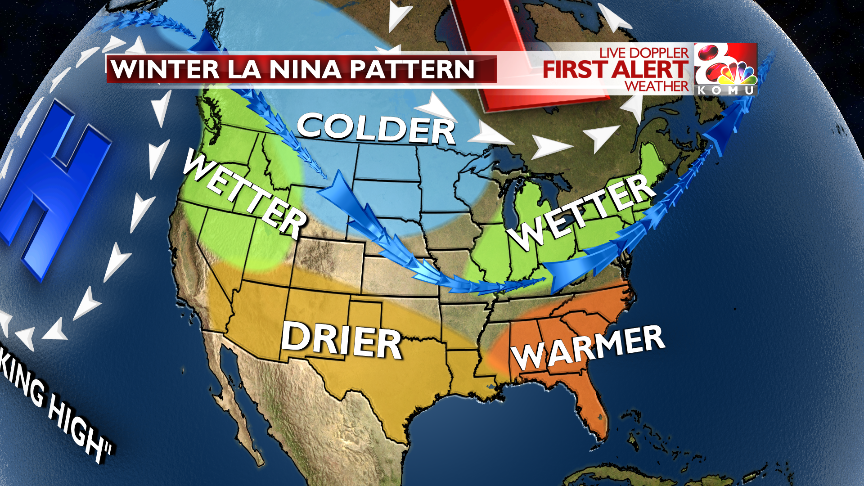 A "Blocking High" will push the the jet stream to stream from the NW United States to dip into the central US. This will bring in colder air from Canada along with moisture. However, warmer and drier conditions are usually experienced in the southern U.S. That leaves Missouri in the "battle zone". 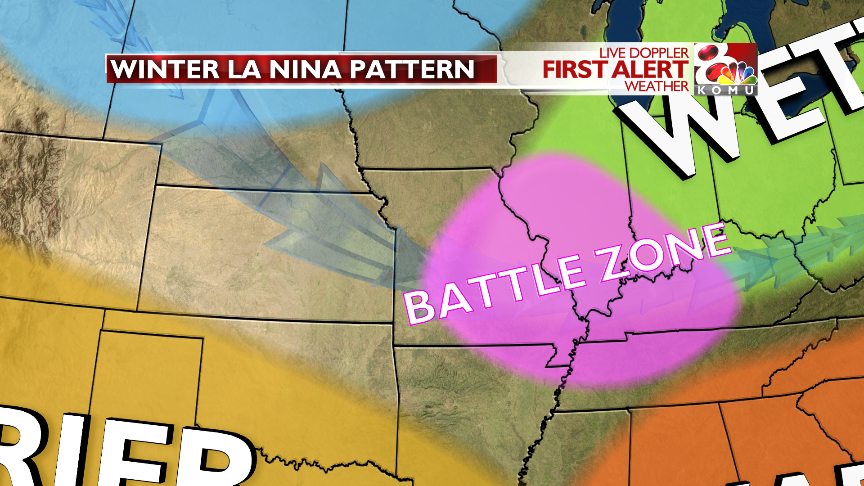 Missouri is in the middle of it all: wet, dry, cold, warm. That means this winter is not only more difficult to predict but we'll be more susceptible to many different situations.

Before we move into the forecast, it is important to note that the simple fact that we're entering a moderate or strong La Niña winter doesn't mean we'll see anything specific. It is not exact science. It is not an equation "Winter+La Niña='XYZ'." For example, look back at the past 10 winters in mid-Missouri and compare the La Niña winters to each other. 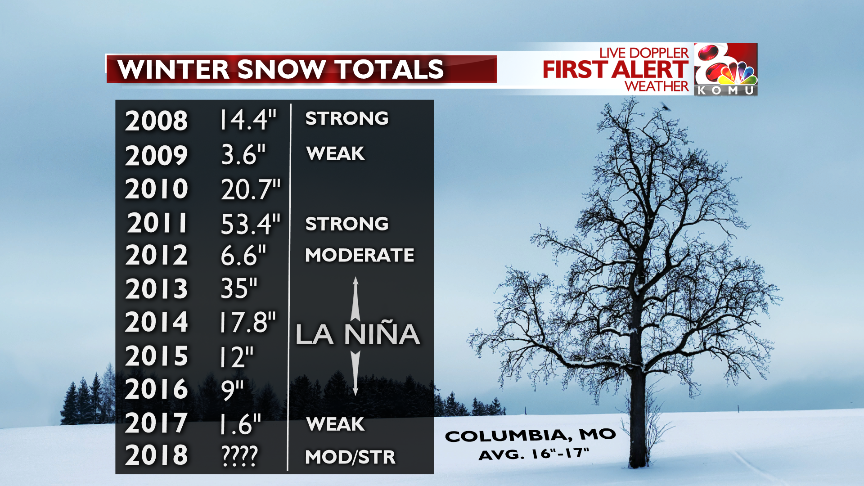 A strong La Niña winter in the past has meant both 14.4" (below average) and 53.4" (extremely above average). Again, no two La Niña winters are perfectly alike.

We're in the "battle zone" which means we're likely going to see a bit of everything. This means we won't be cold all winter or warm all winter or dry or wet all winter. We're going to have many different systems and patterns throughout winter. Just when we get used to one type of weather, we'll see a change. A volatile winter, if you will. 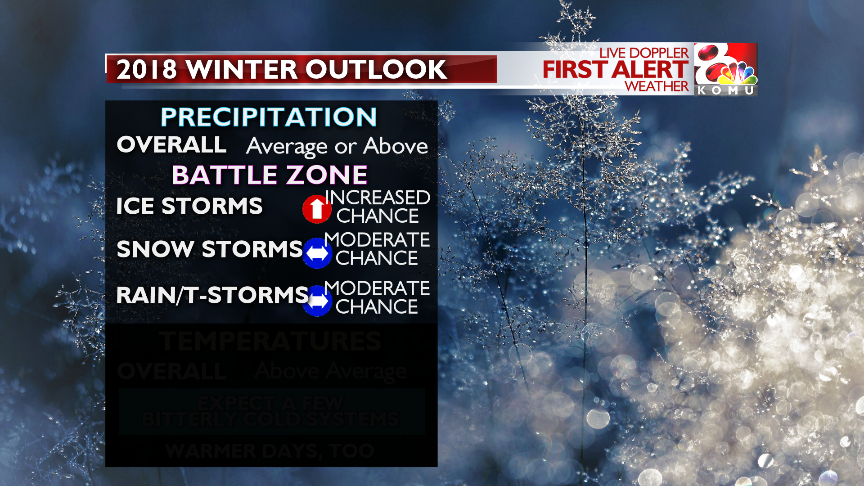 Overall, we expect average or above average precipitation. What's impossible to know is how exactly that precip. will pile up. Will it be rain, ice, or snow?

We have equal chances for average rainfall and snowfall this winter. However, compared to an average winter, we will have an increased chance for ice. This is because we're between colder and warmer air (the "battle zone"), meaning there is a better chance we'll be close to the freezing mark as precipitation falls. 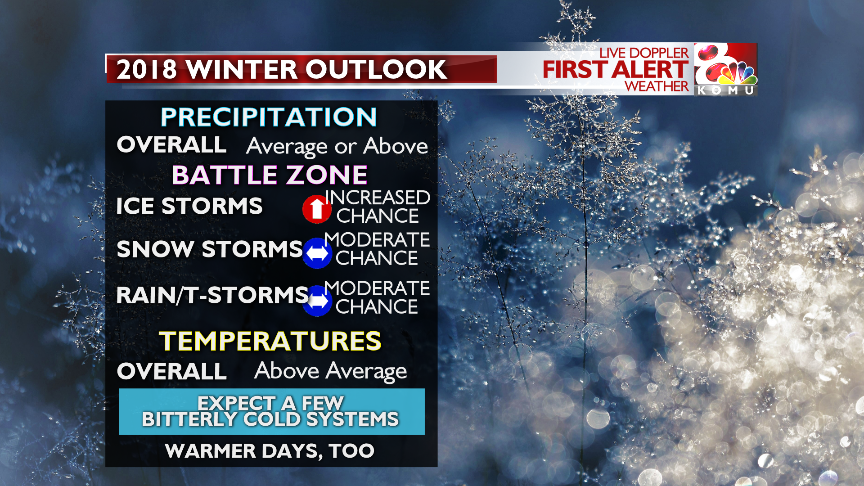 Temperatures will be average, but likely above average overall after it's all said and done. We can expect multiple bitterly cold systems to bring in colder arctic air. This is in large part due to the jet stream's setup in the La Niña pattern. Stretches of time will be warm, too.

We'll keep you updated every day on KOMU 8 Newscasts, on the web at komu.com/weather and on Facebook & Twitter.

It's winter weather coverage you can count on.