Car Shield customer: "I feel like I was scammed"

COLUMBIA - One customer said he was scammed by the company Car Shield, a national auto service company.

"I read on BBB that a lot of people were misled just like I was, and they were basically fooled into getting it," Kevin Lee said.

Lee said he started having difficulty with Car Shield after his 2006 KIA Rio broke down going Northbound on Highway 63 from Moberly last February.

He said that Car Shield representatives told him on the phone and through emails that he would be granted full coverage on his vehicle.

"I was stoked that it would be covered no matter what happens and that's the reason why I purchased it," he said.

But currently, his car is parked in the back of the Columbia KIA dealership parking lot, and has been there for the last 8 months.

"I can't pay for the towing, fixing the car, or the diagnosing," Lee said.

After a series of phone calls and emails, Lee said Car Shield offered him the insurance for only $99 a month and offered full coverage if he agreed to the contract in 48 hours.

But he said when his car was towed to the KIA dealership mechanic, the Car Shield representative said they couldn't cover all the parts.

According to the Better Business Bureau located in Columbia, Lee is not the first customer to have issues with Car Shield.

The Better Business Bureau website shows Car Shield has received over 500 complaints in the last 3 years.

Gleba said BBB posted a consumer warning in January 2019 due to the company's misleading advertisements, lack of communication with customers and pattern of complaints.

"If you decide to do business with this particular company, we urge you to be aware of the pattern of complaints that have been filed against this company," Gleba said.

She said BBB receives several complaints throughout the year specifically regarding businesses within the auto-service industry from all across the country. 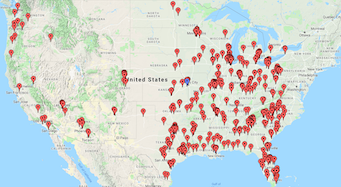 "[A] majority of complaints last year, and there were 500 of them, were regarding 50 companies specifically in the St. Louis area," she said.

"Maybe you may have seen an advertisement that you're going to get bumper to bumper coverage," Gleba said. "But you shouldn't buy advertisements that you see."

On BBB's website, Car Shield currently has 'advertisement violation' and a 'pattern of complaints' alerts.

"We just really wish this industry would step up to the plate," Gleba said.

Car Shield customer: "I feel like I was scammed"