Forum on climate and energy concerns in Columbia

COLUMBIA - Wednesday night all three candidates for the Columbia City Council will meet and discuss one specific topic: climate and energy concerns in Columbia.

Trapp, the incumbent, is facing Love for the Second Ward seat. Peters is running unopposed for her second consecutive term as council woman of the Sixth Ward.

“It comes at a critical time when Columbia is in the process of drafting its first climate action and adaptation plan, and we feel that it is really important for citizens to get involved in this process,” Haim said. 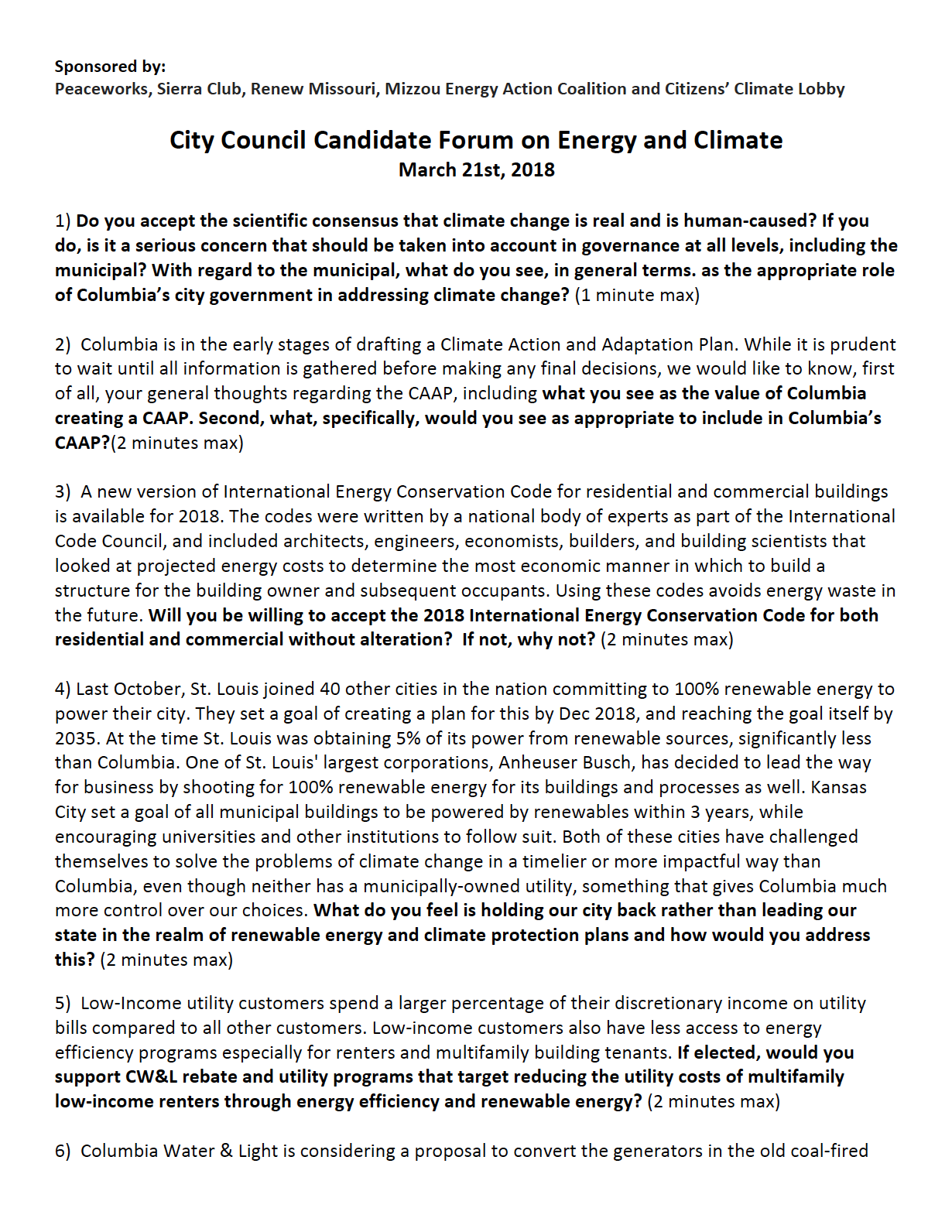 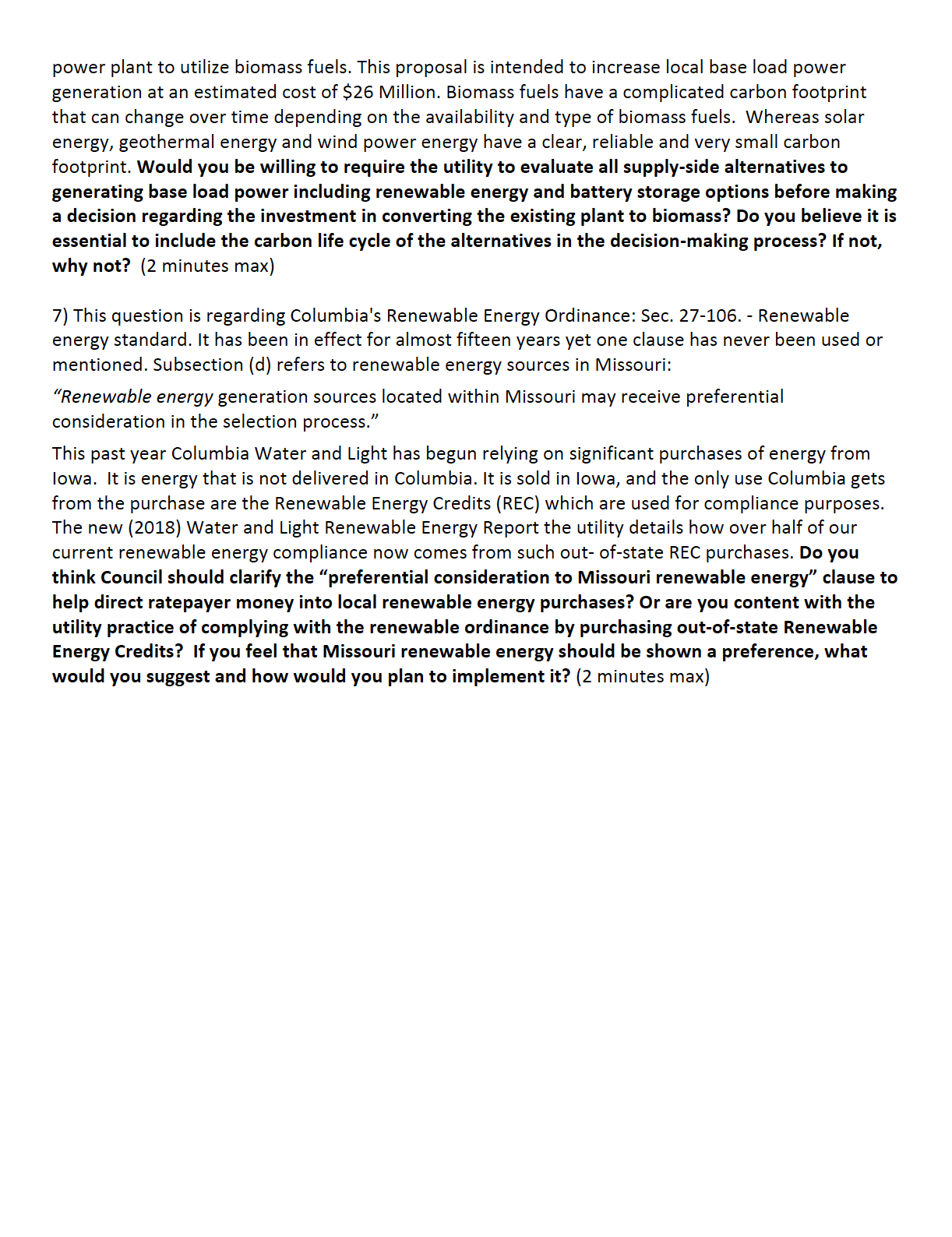 Haim said all of the questions are practical.

Once the candidates have answered all of the questions, Columbia Sustainability Manager, Barbara Buffaloe, will be giving an update on the Climate Action and Adaptation Plan that is being drafted.

Buffaloe said the most recent update can be found on the city of Columbia website and that the city council is expected to adopt the plan in June of 2019.

Hiam said he wants people to care about the forum and their climate.

“Show your concerned, let the candidates know, let the city council know that you want energy solutions, climate solutions and you want them now,” Hiam said.

The forum begins at 7:00 p.m. on Wednesday at the Boone Government Center.