Missouri ranks 10th in the country for women killed by men

MEXICO-- As Domestic Violence Awareness Month comes to a close, a report by the Violence Policy Center shows that Missouri ranks 10th in female homicide rates.

New Mexico tied with Missouri for the number 10 spot. 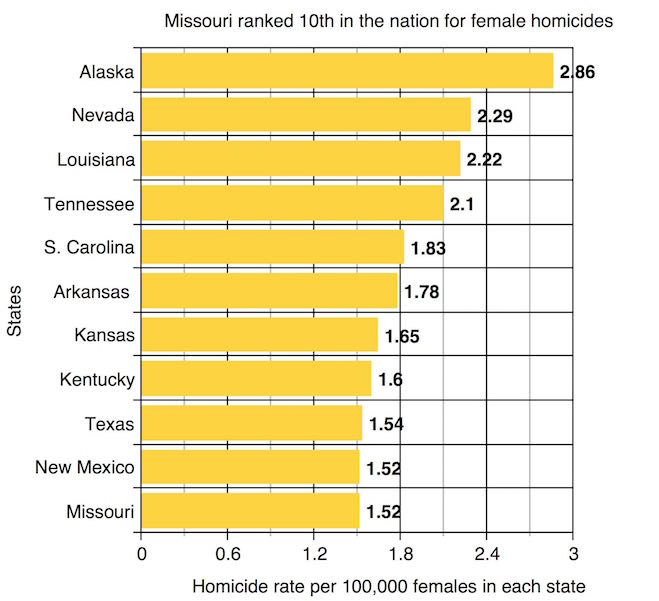 "Rural communities really have it bad because there are a lack of resources, there's lack of transportation, you tend to have more poverty issues and so domestic violence issues tend to be a bigger issue in rural communities."

In Missouri, 95 percent of women killed were killed by someone they knew, and 65 percent died at the hands of someone they were intimately involved with.

Guns were the cause of death among 71 percent of identifiable females intimates in 2015.

Matthew Huffman, the prevention director of Missouri Coalition Against Domestic and Sexual Violence, said there hasn't been an urge to close the gap in the Missouri state law that allows domestic abusers to carry guns.

"Our state laws provide that gap. Many of those are created because there hasn't been a strong push," Huffman said.

"The presence of a gun in a domestic violence household increases risk of homicide by 500 percent," Williams said.

Victims of domestic violence can seek help through the following local services:

Missouri ranks 10th in the country for women killed by men