Opioid summit covers overdose and plans to address the crisis

COLUMBIA - The City of Columbia held the eighth session in a series of summits across the state addressing the opioid epidemic in a regional manner.

The goal of the summits is to inform people about the epidemic and spread awareness of the local crisis in Missouri.

"For the first time ever, opioid overdoses have exceeded traffic fatalities, not just in the country, but right here at home in Missouri," said Columbia Mayor Brian Treece.

"This is the most severe we have ever seen," Cicero said.

Jim Marshall founded a nonprofit substance abuse education program called Cody's Gift after his son overdosed more than 38 years ago. He said during the summit that although he recognizes the efforts schools do in order to educate and help kids, more should be done.

"We are not doing enough for how big the problem is, and we have to do something," he said.

Marshall said the group at most risk are young adults between the ages of 18 to 25, and one out of five kids know where to acquire heroin.

According to the Bureau of Vital Statistics at the Missouri Department of Health and Senior Services, in 2001 more then 100 Missourians died due to opioid overdose, and increasing to more than 900 deaths in 2016.

"Like a lot of other communities, we couldn't wait for Jefferson City to pass this law," Treece said. "As we know, Missouri is the only state without a state wide PDMP." 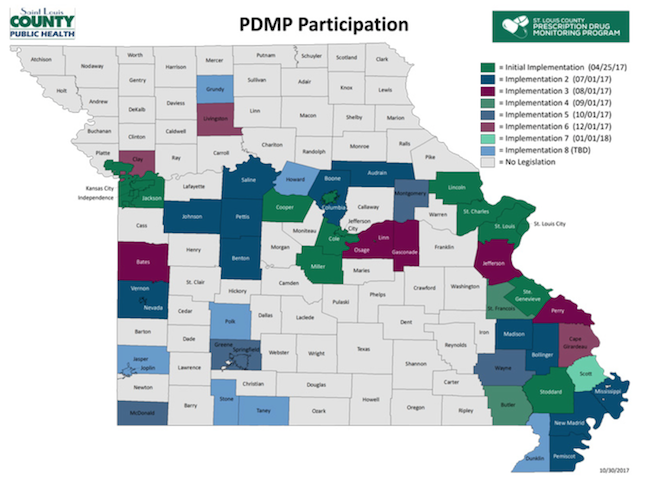 Later, the city signed an agreement to join the PDMP in place through St. Louis County Department of Public Health.

Rachel Winograd, research assistant professor from the University of Missouri in St. Louis, talked about some ways individuals can help with prevention in their community:

Opioid summit covers overdose and plans to address the crisis