JEFFERSON CITY- State lawmakers are considering multiple bills that would legalize sports betting in the State of Missouri.

Americans will bet more than $15 billion between the Super Bowl and the NCAA men’s basketball tournament, according to estimates from the American Gaming Association. About 97% of that money was wagered illegally.

Sports betting is already legal and operating in 14 states, including Iowa and Arkansas. It is legal but not yet underway in six others. Missouri is one of 20 states considering legislation to legalize sports gambling. 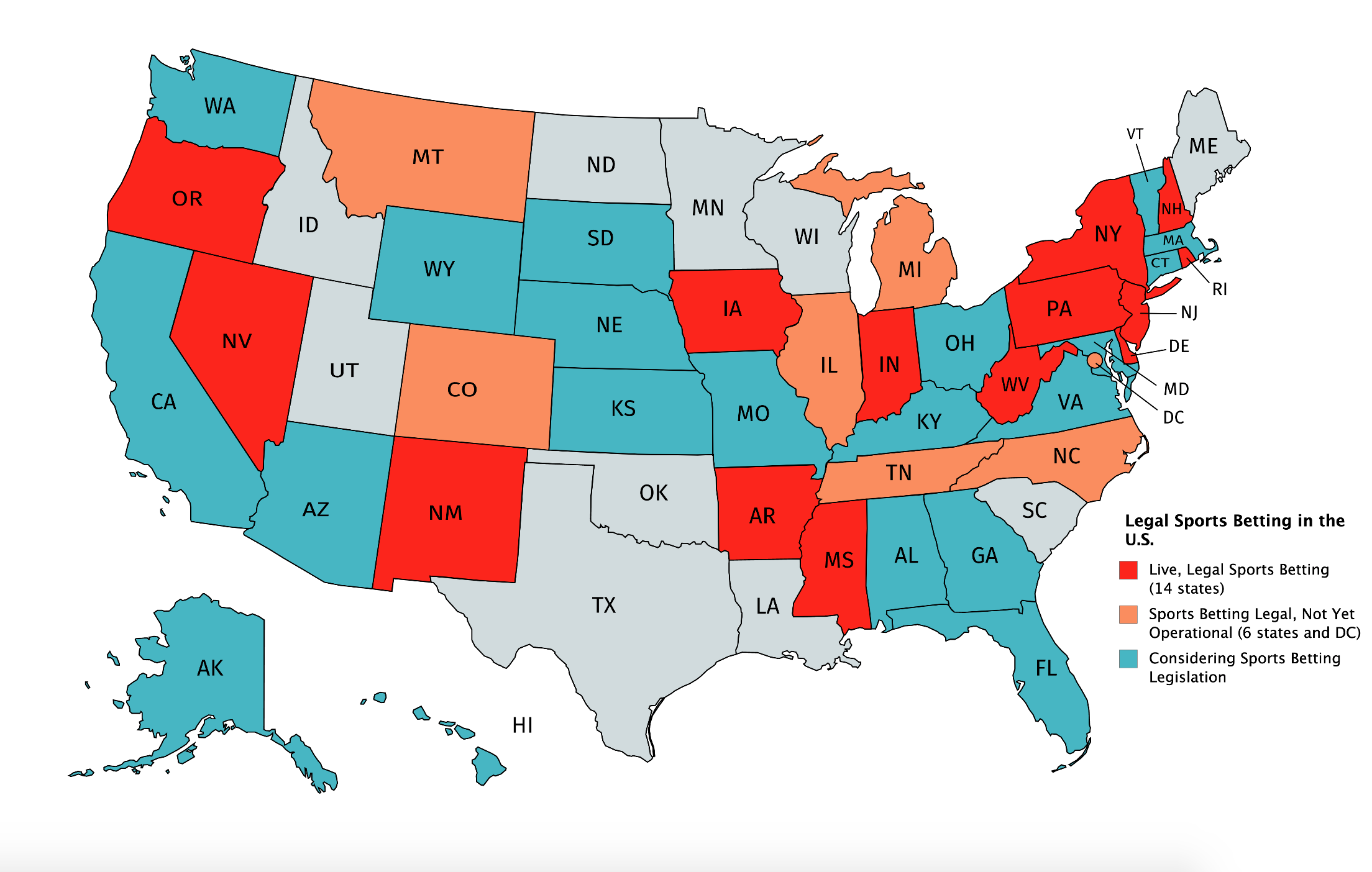 One of the bills is House Bill 2088, which would legalize gambling at Missouri’s 13 riverboat casinos and on the internet. It has has already been passed out of the House.

On Tuesday afternoon, the House Government Oversight Committee heard testimony on two others sports gambling bills. One was sponsored by Rep. Cody Smith, R-Carthage, and the other by Rep. Phil Christofanelli, R-St. Peters.

"When I go talk to voters in my district, they think it is pretty confusing why they can go to the casino and bet their whole life savings on blackjack or another game, but they can't bet on the Cardinals or the Blues, or the Chiefs doesn't make sense to them," Rep. Christofanelli said.

Under the proposals, people would be able to bet on professional sports and NCAA collegiate sports.

At the moment, Missourians need to go to a state like Iowa to place a bet. Christofanelli wants to keep that business in Missouri.

"I don't think that Missouri consumers and Missouri businesses should miss out on an opportunity to participate in a legal activity that is occurring all over the country right now," he said. "If we want to remain competitive as a state, there's absolutely no reason why you shouldn't take your time now."

"The number of people that are doing it already under surface, phones, whatever it is, is pretty amazing," George said. "If the black market is able to offer a better product than that because of not paying taxes versus paying taxes, you know, you run the risk of keeping some of that money out there at a local bookie or an offshore offshore account."

Penn National owns three casinos including the Hollywood Casino in St. Louis and Argosy Casino Riverside. After the U.S. Supreme Court removed federal laws outlawing sports gambling outside of Las Vegas in May 2018, Missouri lawmakers have tried for two years to get the bill across the finish line.

"The other thing that's going on is everybody knows that there was currently illegal sports gambling going on there on people's cell phones across the entire country," Rep. Christofanelli said. "It's my view that when we have something like that happening, we should bring it into the regulatory framework that will allow everyone to participate in a way that is responsible."

The two bills from Smith and Christofanelli are fairly similar, but would bring different amounts of revenue into the state since they use different tax rates. Either way, it would bring millions of dollars in revenue to the state.

The Missouri Constitution requires the state spend any revenue it gets from gambling and games of chance a certain way.

Any revenue after the casinos get their share is put in the school trust fund. That money is then used in the K-12 foundation formula.

Lobbyist Jeremy Kudon, who represents the MLB, NBA, and PGA Tour called into question how the two bills approach league data. The leagues do not like that Cristofanelli's bill does not require casino's to only use league data.

"HB 2318 establishes a framework of haves and have nots, with the league squarely falling within the have nots," Kudon said. "In contrast, HB 2284 does not even reference data official or otherwise, which is pretty remarkable when you consider that data is to sports betting what cards are to blackjack, or that little metal ball is to roulette."

For his part, Cristofanelli said he believes "it makes more sense to allow the casinos and the leagues to negotiate that in a free and open market."

Kansas City Chiefs lobbyist Rich Aubuchon said he hopes the proposed legislation is for the betterment of the game and the state.

"One can only hope that that's in the betterment of the game," he said. "Our main concern that there is a successful legal market, which means having regulations in place having a normal known stable group to work with, that knows gambling and also to to make sure that we give the tools to the right people to oversee it."

Mizzou Executive Associate Director of Athletics Andy Humes said while the NCAA has not supported gambling in the past, Humes testified the train is almost too far down the tracks at this point. He said if lawmakers pass the sports gambling bills, MU athletics would need to make changes.

"We're gonna have to spend more time educating coaches, student athletes, staff, boosters, supporters about these changes and healthy habits essentially," he said. "Just to warn them of the dangers of this sports wagering and getting involved in it."

Humes said college athletes are particularly vulnerable when it comes to sports gambling.

"You are talking about individuals that don't make a lot of money, you know, their their college student athletes and so the there's, there's danger there for them to essentially get used by people with the various interests," he said.

Some lawmakers on the committee have raised concerns about how legalizing sports gambling could lead to more people becoming addicted to it. Rep. Peter Meredith, D-St. Louis, said he worried it could undo some of the measures put in place when Missouri first allowed gambling in the state.

"We put gambling in specific locations that were destinations that were separated from everyday life so people could go there as an outing, but it wasn't something that was in front of them wherever they go, that they have access to," he said. " I do recognize that in this very significant expansion, what was previously more restricted would now actually be less restricted."

Instead of having to go to the casino, Missourians could be able to place bets from the comfort of their couch.

"A lot of compulsive gamblers have an issue with addiction, like it is an opioid and if we can put some funding to deal with that, into compulsive gambling, that would be very useful," Rep. Maria Chappelle-Nadal, D-University City, said. "It's going to cost us as a state in one form or another, but that's why I really want you to take this seriously because if we could have the preventive care measures that deal with those who treat gambling as if it was a drug."

Both the bill from Smith and Cristofinelli would require Missouri's 13 casinos to tackle the issue head on. In addition to creating a system to monitor the bets, they would also have to figure out a way to identify and stop compulsive gambling.

With so many similar bills on the topic, state lawmakers could combine parts of different bills to form the one they eventually pass.