His death, the 10th homicide in Columbia this year was the most ever for the city according to data that dates back to 2001.  It was also the fifth homicide in September. Those numbers can grow, if another shooting death is ruled a homicide. But overall violent crime is trending down in Columbia.

Using data from the Missouri Department of Public Safety, violent crime is on pace to see its second decrease in two years. Violent crime, according to the Missouri State Highway Patrol is defined as the frequency of murder, rape (including attempted), robbery, and aggravated assault. 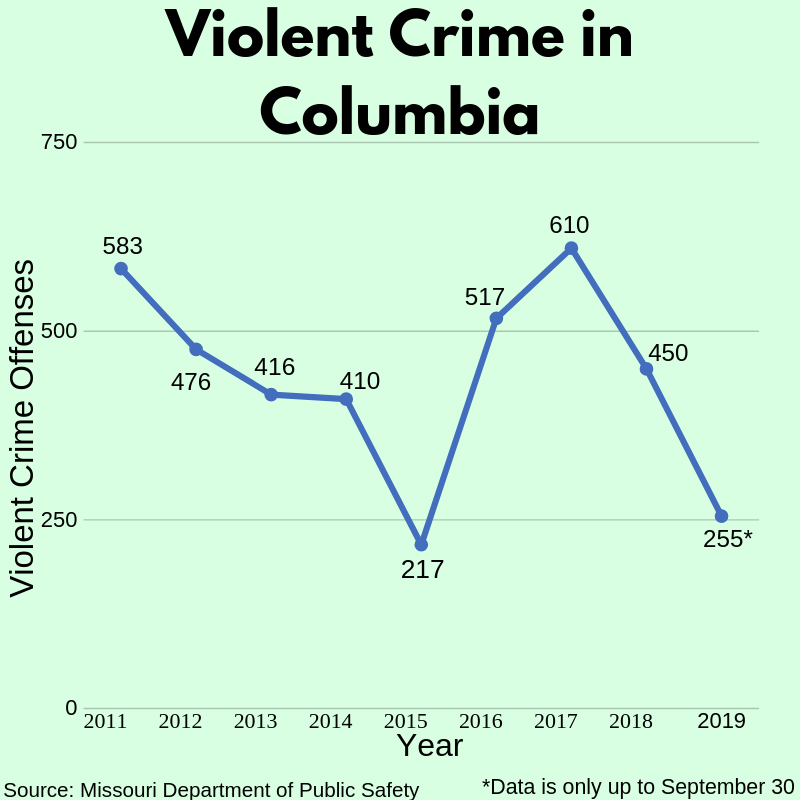 Missouri law requires all law enforcement agencies report crime data to the Department of Public Safety, which then forwards it to the FBI. The FBI uses this information for the Uniform Crime Reporting Program, also called the UCR.

The UCR is a database with crime statistics for over 18,000 law enforcement agencies including federal, state, city, local, colleges and universities. The purpose is to generate reliable information for use in law enforcement administration and management, according the FBI's website.

Criminologists, sociologists and other social sciences professionals also use this data for different types of research.