Skip to main content
You are the owner of this article.
Edit Article Add New Article
You have permission to edit this article.
Edit
WATCH NOW
Home
News
Weather
Sports
What's On
KOMU 8 Cares
Contests
Share This
1 of 3 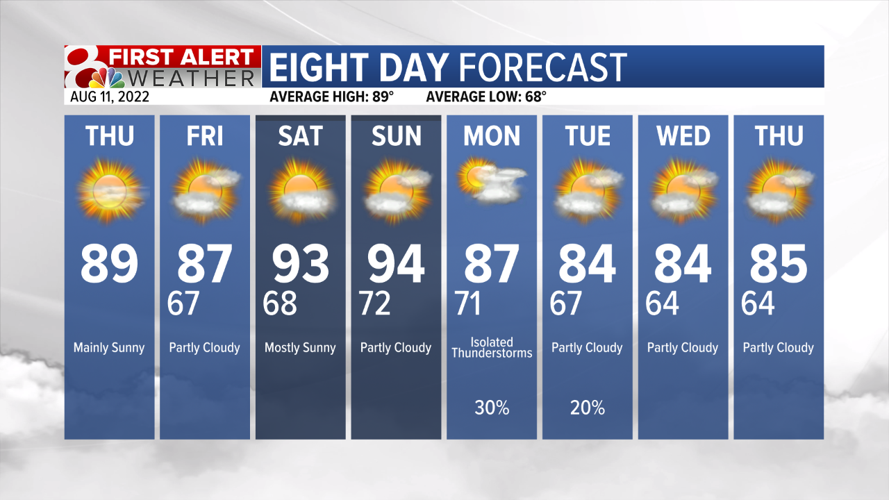 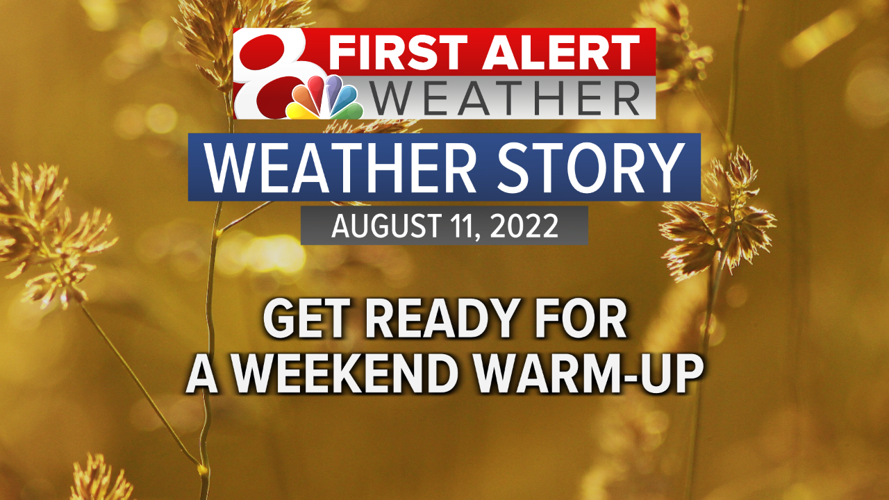 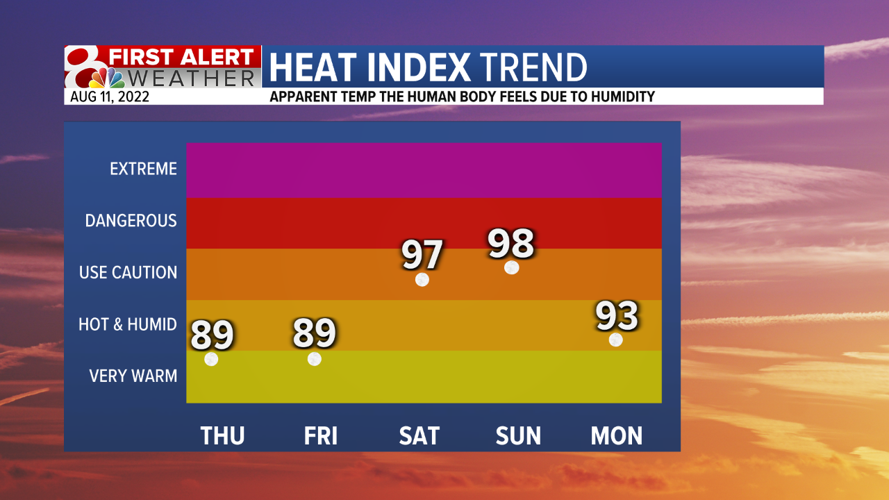 The temperatures have been more comfortable and 'normal' for August this week, but it's about to get hot again in Missouri.

Many areas will be waking up to temperatures in the upper 50s this morning across mid-Missouri and we could see another round of dense fog, although this time will be more patchy and limited to river valleys and fog-prone areas.

While warmer today, the humidity will remain low as we are still under a north/northeast flow in the jet stream. Highs this afternoon will reach the upper 80s this afternoon, cooling in the upper 60s overnight.

Friday will see some extra clouds during the morning, becoming mostly sunny by the afternoon with highs in the middle to upper 80s.

This weekend will be warm. Maybe even the word hot, or uncomfortable could be used, too. Temperatures will reach the lower to middle 90s both Saturday and Sunday with heat indices in the upper 90s, near 100.

This weekend will not be as hot, nor as humid as last weekend, but do still take caution when outdoors during the day. As always, stay hydrated!

Monday features our next big cold front and with it comes rain chances, sitting at 30% chances for now. This front and associated storminess in the Jetstream will also lead to increased cloud cover with low rain chances for Tuesday and maybe even Wednesday.

Temperatures will be much cooler next week and show signs of some additional summer hear relief dur to an upper-level low that will linger over the Ohio River Valley for much of next week. This will draw air in from Canada leading to highs in the lower to middle 80s next week.